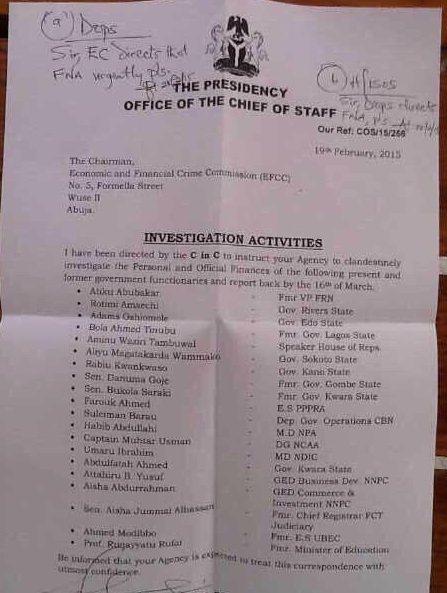 The desperation of President GEJ. pic.twitter.com/cDVwDeuBx9

Arogbofa said in the leaked memo with block letters that read: “The presidency: office of the chief of staff”:
“I have been directed by the C in C to instruct your Agency to clandestinely investigate the personal and official finances of the following present and former government functionaries and report back by 16th of March.”

The office of the Chief of staff is not yet to confirm the issue.