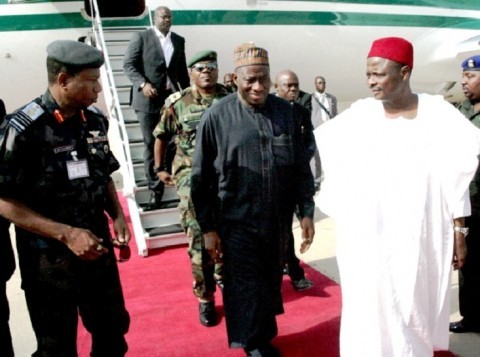 Kano state Governor, Rabi’u Musa Kwankwaso has accused the federal government of deliberately blocking him from using public places to declare his presidential aspiration in Abuja, describing the act as irritating and undemocratic.

He revealed that on two occasions, his campaign committee sought different venues in Abuja for the declaration ceremony but they were denied by the powers that be, noting that as a politician, he knows that with or without ceremonial declaration, any presidential candidate can win intra and inter party elections.

According to him, “the Eagle Square proposed venue seems to be impossible, even the International Conference Centre, as we are now struggling for an alternative venue for the declaration. So, if I fail to secure a venue, I will invite you all to the streets of Abuja, that is where we are now and we can hold it there.”

Governor Kwankwaso, who stated that political conspiracy will not deter him from pursuing his legitimate goals, recalled that in the past, he participated at least in12 elections, both primary and secondary, at various levels and scaled through numerous political intrigues.

The governor who stated this on Monday while meeting with APC stakeholders at Africa House, Kano Government House, revealed that the declaration date was originally scheduled for 21st October, 2014 to coincide with his birth day, alleging that forces in Presidency disrupted the plan. He added that the programme was shifted to 23rd October but was also allegedly aborted, assuring that despite these hiccups, the declaration would take place on the 28th of this in Abuja.

Gov. Kwankwaso use the forum to appeal to people of Kano to come out en masse to collect their permanent voter card between 7th and 9th of November this year, in the state, stressing that no one would be allowed to vote without the card. Therefore, he urged people to sacrifice these days for the exercise due to its importance in the nation’s democratic process.

The governor then informed the gathering that the date for the APC primaries in Kano is yet to be fixed, assuring that as soon as the national headquarters of the party finishes arrangements for the primaries, relevant stakeholders will be duly informed.

He maintained that although consensus would be better option for Kano APC, the party has not stopped anyone from purchasing form for the various elective positions and has no intention of denying anybody from pursuing his or her legitimate aspiration.

Meanwhile, APC stakeholders from Jigawa state have expressed support for the presidential ambition of Governor Kwankwaso, considering the way he transformed Kano state.

Chairman of the Jigawa branch of the party, Alh Ado Sani Kiri made this known to newsmen at Government House, Kano, after they held a closed-door meeting with the governor at Kano Government Houseon Monday.

Alh. Ado Kiri said Kwankwaso, as a leader of APC in Jigawa and Kano states, has put the party on the right track, adding that leaders and supporters of the party are happy with party’s activities so far.

HALILU IBRAHIM DANTIYE,- DIRECTOR OF PRESS AND PUBLIC RELATIONS TO THE GOVERNOR OF KANO STATE