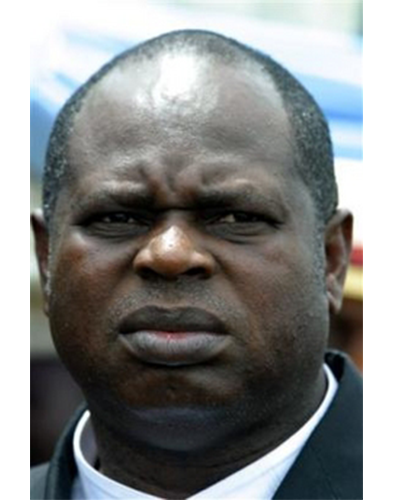 Soni Daniel introduced an interview with the former Bayelsa governor:

In his days as the governor of Bayelsa State, Diepreye Solomon Peter Alamieyeseigha, otherwise known as DSP, was fondly referred to as the Governor-General of Izon Nation, because he presided over the only state with entirely Ijaw extraction and was seen as the leader of the struggle for the proverbial Resource Control in the Niger Delta. But his popularity and political career was cut short when he was impeached towards the end of December 2005 and replaced by his then Deputy Governor, Goodluck Ebele Jonathan, who later became Nigeria’s President following the death of President Umaru Musa Yar’Adua in 2010.

DSP landed in prison and he was in a sordid state until his godson, Jonathan granted him state pardon, lifting him out of the political doldrums.

But from the full interview on Vanguard, we were most interested in his comments on Jonathan’s state of wealth:

What do you think that Jonathan did well and did not do well?

Well, I was not in government and cannot say what he did well and didn’t do well. As far as I am concerned I didn’t lift oil, I did not have oil wells and I didn’t get any contract from anybody.

But you must have received some presidential gifts like cash and other tangible things more valuable than contracts and oil blocks?

Yes, I had unlimited access to Jonathan and I used to have free access to his home. If I met him eating, I would join him and so on. Jonathan has no money. So, if Buhari is looking to extract money from him, he won’t find.

What if the money is hidden somewhere offshore?

That cannot happen anymore in this world.

Are you saying he is a poor man?

No, he is a quiet and highly contented Nigerian but not a rich man