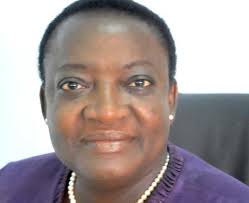 The late Mrs Oyo battled cancer for about six years before she died on October 1st, in a London hospital in the United Kingdom.

Meanwhile, political leaders in the country have poured out their tribute to the late Mrs Oyo and her husband, Mr. Vincent Oyo, her children and other relatives.

President Goodluck Jonathan, while commiserating with the family described the late Remi Oyo as a trailblazer in journalism.

In a statement by his Special Adviser on Media and Publicity, Dr. Reuben Abati, President Jonathan said late Remi Oyo would be remembered and honoured in posterity for her exemplary professional life, her inspiring leadership qualities, motherliness and generosity, and her remarkable transformation of the News Agency of Nigeria during her tenure.

Former President Obasanjo, who also described Mrs Oyo’s death as quite “painful” said the nation’s media industry remained largely dominated by those, who had been positively influenced directly and indirectly to her.

The National Leader of the All Progressives Congress (APC), Asiwaju Bola Tinubu, in his message to the late Mrs Oyo’s family described the death as one too many and another sad day for journalism.

His words: “My condolences to her husband and family. Most importantly to the media, an institution she was a part and parcel of. Because of Remi’s stewardship as a journalist and news manager, the media stands tall on the world stage. Her legacy endures. Though dead, the candle will still burn in her honour.”

Senate President David Mark in a statement in Abuja by his Chief Press Secretary, Paul Mumeh, noted that Mrs Oyo distinguished herself as a professional and a successful administrator of very high repute.

Ekiti State Governor, Dr. Kayode Fayemi described the death of late Mrs Oyo as a great loss to the country and a bitter pill to swallow. His counterpart in Edo State, Comrade Adams Oshiomhole said “Mrs Oyo’s death is a loss not only to her family, the Guild of Editors, the media industry, but also to nation, which she served with vigour and forthrightness.”