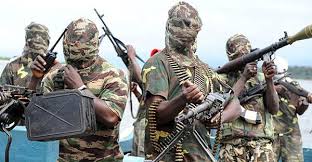 Madam Rachael Hazzan, mother of an Ogun State House of Assembly lawmaker, Remmy Hassan, has been abducted by gunmen suspected to be kidnappers at her premises last Wednesday.

In a newspaper report (The Nation), the 69-year-old mother, whose shop is located near Tai Solarin College of Education, Omu-Ijebu, has since not been found. The abductors are yet to contact the victim’s family and conditions for her release is still yet unknown.

Remmy Hazzan, who represents Odogbolu Constituency, told reporters that his mother has been abducted.

In his words: “I saw my mum’s missed calls when I came back from the church last night and decided to call back. We spoke till around 8p.m in the night, only to receive a call some minutes later from her neighbours that she has been abducted.”

Hazzan noted further that he has notified the police and the Department of Security Service (DSS) about the incident.