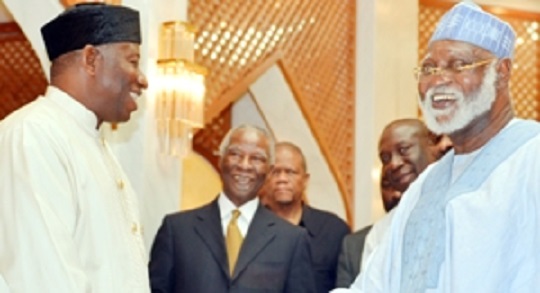 At the end of the meeting which was held behind closed doors at General Buhari’s office along Jabi Road in a highbrow area of Kaduna metropolis Monday morning, neither the visitors, nor General Buhari spoke with newsmen.

Mbeki and Abdulsalami left to the Kaduna International Airport to fly back to Abuja after a photo session which marked the end of the over one hour meeting. 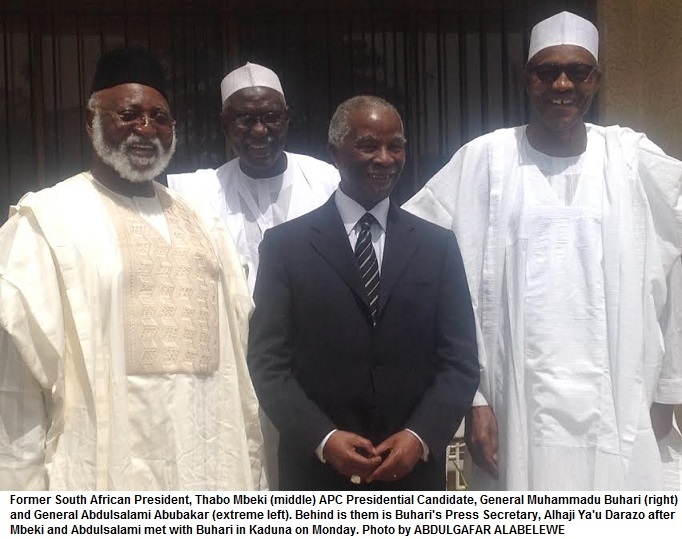 However, a source close to General Buhari told our Correspondent that, the meeting was not unconnected with the Presidential election rescheduled for March 28.

According to the source who spoke unofficially, “They are here to prevail on General Buhari not to probe Jonathan after emerging President in the coming election.”

He went further to say that, “you see, they have realized that, all efforts to turn Nigerians against General Buhari have failed and all manner of opinion polls have favoured the old man, even the ones the government organized.

“They have also made several attempts to make the APC national leader, Asiwaju Bola Ahmed Tinubu compromise and sell out, but he has refused. So, having realized that, Buhari will win the election, they have been sending people to prevail on him not to probe Jonathan for his misdeed.

“So, this delegation was sent to beg General Buhari not to probe President Goodluck Jonathan after winning the election,”he said.