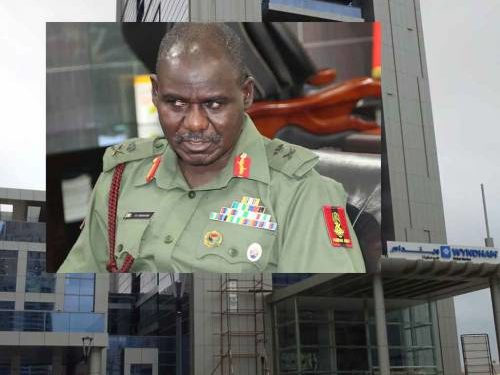 A source conversant with the development disclosed that the well-armed bandits stormed a military post at Doka, an area between Funtua and Birnin Gwari where the soldiers were killed on the spot.

The source added that the bodies of the slain soldiers have been dumped in a mortuary.

It was further gathered that the attackers had earlier attacked Maganda District in the afternoon on a revenge mission over the killing of Buhari Tsoho where nine (9) members of security volunteer groups were critically injured.

After Maganda, the armed bandits moved toward Kampanin Doka at the junction road leading to Gwaska and Dansadau before re-launching another attack that lead to the death of the soldiers.

A leader of security volunteer groups in the town said the community had notified Kaduna State government since last week of strange movements of bandits in the Birnin Gwari through Funtua-Dansadau axis, but no action was taken.

The source said: “With the killing of the bandit commander, Buhari Daji, at Nabango area under Birnin-Gwari local government of Kaduna State just 16 kilometers to Dansadau in Zamfara State, there were strange movements of some of the armed men in the area.

Meanwhile, Governor Nasir el-Rufai has vowed that the state will bring the perpetrators to book.

Though there has been no official confirmation from the military high command in Kaduna State, a statement by Governor el-Rufai expressed condolences to the military for the death of its personnel.

Governor el-Rufai, in a statement by his spokesman, Samuel Aruwan, vowed that the state government was ready to tackle banditry in the state.

Birnin Gwari is a notorious haven for armed bandits, mainly cattle rustlers, who have been displaced from Zamfara and surrounding states.

In the statement, “Malam Nasir el-Rufai received with sadness reports of bandit attacks in Doka and Maganda villages, while praising the communities for their vigilance and their collaboration with the military to thwart the attacks.”

It said the governor condoled families of security personnel that lost their lives, while wishing the civilians that sustained injuries speedy recovery.