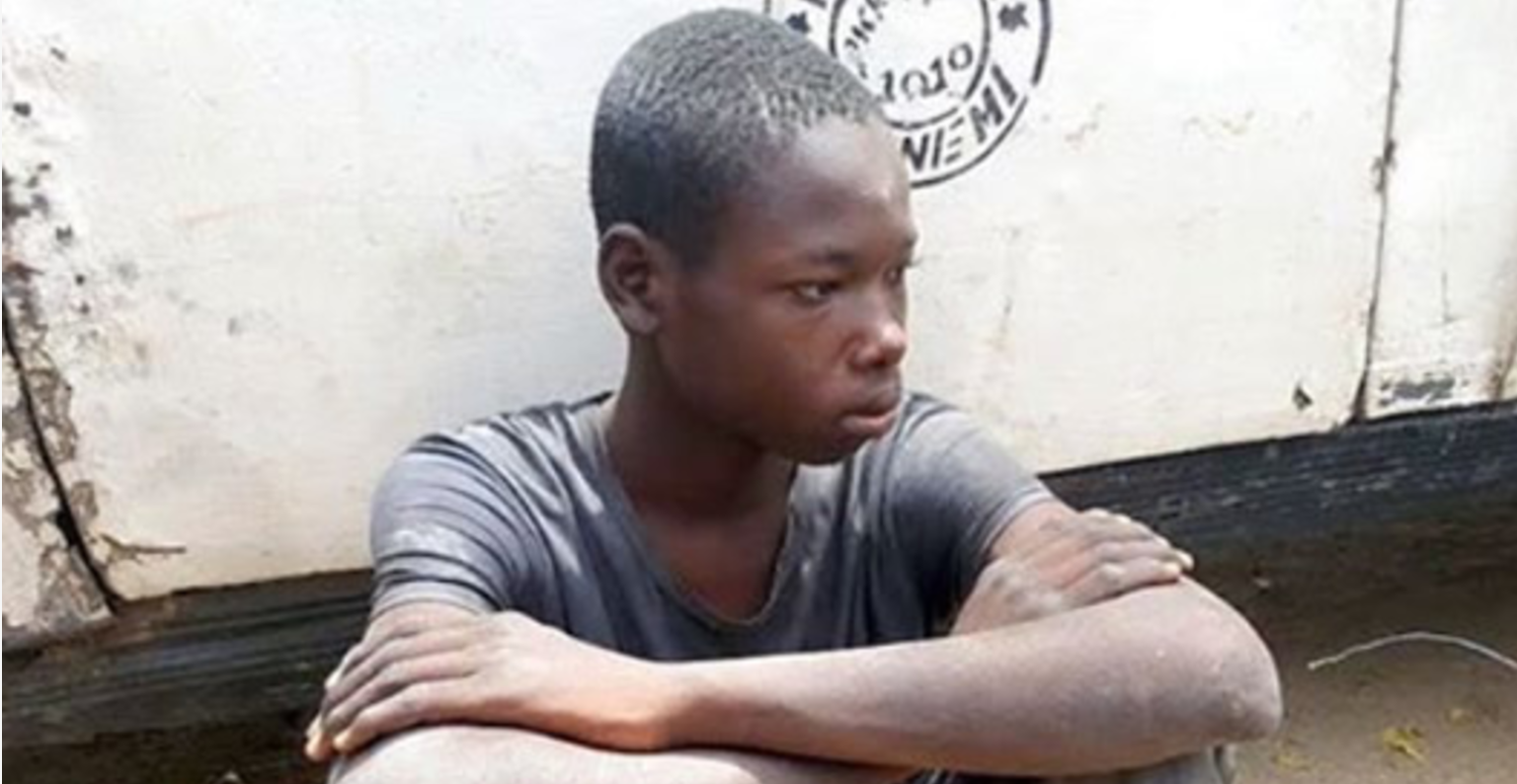 The Nigeria Security and Civil Defence Corp (NSCDC) on Tuesday paraded a 17-year-old Boko Haram suspect, who admitted killing 18 people since he joined the group three years ago.

The suspect, Ali Mustafa, said he was forced to join the deadly group when Boko Haram terrorists attacked his village in Monguno and left with many boys.

The teenager said he gained skill handling assault rifles, with which he executed his victims.

“I was forced to join Boko Haram about three years ago,” he said.

“Boko Haram insurgents came to our village and forcefully took many of us away. We were kept in the bush camp near Kala Balge and from there we carried out various operations, during which I personally killed 18 persons.

“I can handle all kinds of guns including AK-47 and AA (anti aircraft) rifle.

The boy said his last mission was to go to Maiduguri to spy for his group, as he often did before attacks were carried out. He said he decided to change his mind on the way to Maiduguri.

“I was tired of killing people against my wish, so I told my two other colleagues with whom we were asked to go on a spying mission that we should abandon the mission and run.

“So I came to Maiduguri to search for my parents in the camps. But some IDPs who knew me as member of Boko Haram decided to report me to the security people,” he said.

The teenager, who looked unkempt, said he belonged to the Mamman Nur group of Boko Haram.

He said there were hundreds of young boys like him currently in the bush working for Boko Haram.

The Commandant of NSCDC, Ibrahim Abdullahi, paraded the young boy alongside other nine criminals who were arrested for other offences.

He said the young man had initially denied being a member of Boko Haram.

“But after a thorough interrogation he gave up his denial and confessed to be a Boko Haram member and that he had carried out many execution of innocent persons,” he said.