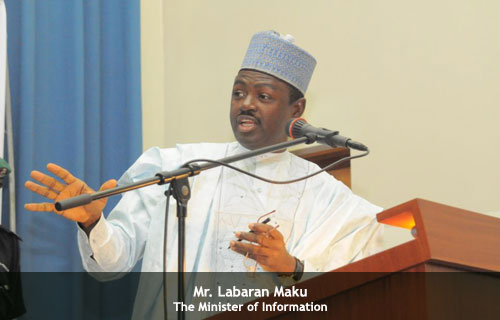 The Senate yesterday cleared security agencies of culpability in the death of eight migrant workers in Abuja on September 20.

The Senate also absolved security agencies of extra-judicial killings while considering the report of its joint committees which investigated the incident.

The killings of eight squatters took place in an uncompleted building in Apo, Abuja.

Twelve others were injured and a similar number arrested when security forces attacked the building on claim Boko Haram insurgents were in the building.

However, the committee report which was adopted yesterday said about 100 squatters that lived in the building were migrant workers, mostly Keke NAPEP operators. It described the killing as “tragic and regrettable.”

The committee was chaired by Senator Mohammed Magoro (PDP, Kebbi).

The report said, “The Apo incident although tragic and regrettable is an isolated case in view of the fact that since January 2013 to date the security agencies had carried out about 153 operations and many arrests made within the Abuja without expending a single bullet.

“The overall anti-terrorist strategy of the Federal government is still appropriate and effective but in this particular case the conduct of the operations leaves much to be desired.”

The panel also observed that the operation by severity agencies which led to the killing of the eight squatters and wounding 11 others “was not a case of extra-judicial killing but the outcome of hastily executed operation.

“Most of the victims were Keke NAPEP operators, okada riders and hawkers. Over 100 persons lived in the two uncompleted buildings and those that were killed or sustained injuries were those who attempted to run out of the building, and majority of the occupants co-habited with Boko Haram elements unknowingly,” the report said.

Following widespread condemnation immediately after the shooting, the State Security Service claimed that security forces came under attack from occupants of the building but no weapons were found after the killings.

NewsRescue: Labaran Maku Must Apologize To SaharaReporters,  PremiumTimes And The Nigerian People

NewsRescue Editor– We believe in a full apology by Nigeria’s information minister, Labaran Maku to not only Saharareporters and PremiumTimes for debasing their very important investigative journalistic, bold work, but also to the Nigerian people.

Labaran Maku interfered with the process of justice by painting SaharaReporters and PremiumTimes as “undermining Nigeria’s military,” in effect the information minister, Labaran Maku was aiding the reign of terror and impunity, be it by government or street terrorists under politician pay, by obstructing freedom of information and prudent investigative journalism of the media.

The question to ask him is: Would the information minister have wanted this journalism suppressed if the victims were his family members?

A member of the divided panel, Senator Sani Saleh had earlier said, as quoted by DailyTimes

Saleh, who is a member of the committee, dissociated himself from the report on ground that the committee deviated from its terms of reference.

He said that the committee’s mandate was to ascertain whether the military engaged in extra-judicial killing during the operation or not.

Salehe faulted the military operation which led to the killing of eight persons for failure to conform with laid down standards of military tactics during such operations.

He argued that the report failed to state whether those persons killed were members of the Boko Haram or whether their killing was extra-judicial.

“I stand to dissociate myself from this report. This report from the outset digresses from the task given to us.

“The operation that day was irresponsible. It did not take care of civilian safety and did not conform with any known military standard of operation,” he said.