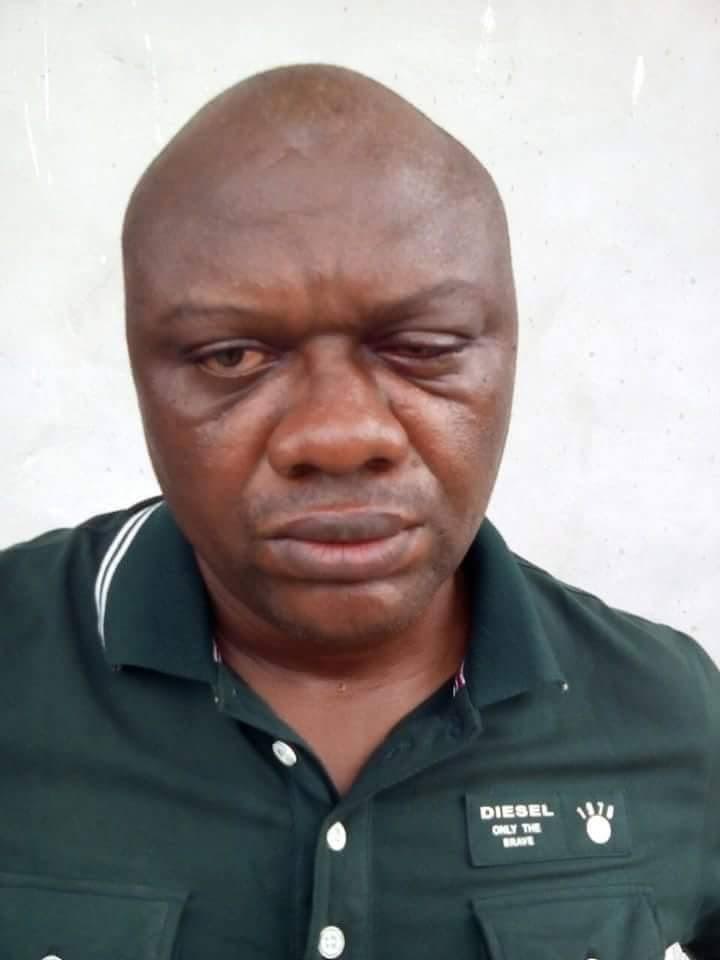 The Inspector General of Police,

The above subject matter refers.

We are Solicitors to DR. DAVID EMMANUEL UDO, a Medical Practitioner of Plot 3, IdimEdohoArea, IkoEkwa, Eket Local Government Area, AkwaIbom State (hereinafter referred to as ‘our client’) on whose behalf and instructions we write.

On Saturday 25th June 2016, our client was driving in his car with his wife and children to Eket Local Government Area from Uyo when he encountered a crowd of angry and rowdy youths and mourners at the AkaNungUdoeIbesikpo Road in IbesikpoAsutan Local Government Area who were on procession in honour of a young promising footballer who reportedly died shortly after he secured a contract with an overseas club.

The procession caused traffic jam on the said road. Our client and other motorists at the material time had to drive slowly behind the mourners due to the near total blockage of the road.

On getting to the section of the Aka NungUdoeIbesikpo Road where the Cereal Research Institute is situated, our client heard siren blaring incessantly behind his car.

On closer observation, our client observed that the siren blaring car was part of a motorcade/convoy comprising three vehicles. One of the vehicles in the convoy bore the insignia of the Speaker of the AkwaIbom State House of Assembly, Rt. Hon. OnofiokAkpan Luke (subsequently referred to as ‘Mr. Luke’). Our client also observed that Mr. Luke was seated at the back of the said vehicle ostensibly giving instructions to his security escorts who were officers of the Nigeria Police Force and the State Security Service (SSS) to clear the road for him to pass.

Shockingly, instead of using his good offices to persuade the people who were on procession to use one side of the road or alternatively clearing the road from the front to allow for free passage of vehicles, Mr. Luke decided, with the full assistance of his security escorts, to forcefully remove other vehicles (from the back) that were ahead of his convoy by ordering motorists to veer off the road without recourse to the limited space, access and gridlock orchestrated by the angry mourners on procession in order to give his convoy an undisturbed passage.

Our client struggled to adjust the position of his vehicle for Mr. Luke’s convoy to have free passage but was encumbered by other vehicles and the people in front who were on procession. While our client was still battling to vacate the road for the convoy, a fierce looking mobile policeman emerged from the Toyota Hilux Van which led two other vehicles in the convoy and hit our client’s vehicle with his assault rifle (possibly an AK 47) and proceeded to give our client a brutal punch in the face whilst shouting “clear the road’’, clear the road” ‘’clear the road’’. As our client trembled in fear, he received a devastating slap on his face from the same mobile policeman and became dazed.

Our client was trying to explain the situation of the gridlock on the road to the said mobile policeman when the particular vehicle that conveyed Mr. Luke stopped by. To our client’s chagrin, an operative of the SSS emerged from the front seat of the said vehicle and opened the driver’s door of our client’s vehicle and attempted to remove the car’s key but could not because the vehicle was still on.

The SSS operative continued with the assault on our client by raining blows on his face; he punched his eyes, nose and as our client tried to cover and protect his face from the heavy punches, the erratic SSS operative raised his gun and butted our client in the head and chest until he almost lost consciousness. At that point, our client realised that the security escorts were determined to kill him. He tried to engage the gear in other to see whether he could move his vehicle further, the SSS operative thwarted his effort by violently hitting our client’s head with his rifle which resulted in a thunderous bang. Our client instantly lost consciousness.

Our client was informed by his wife on the 26th June 2016 at about 12:00 PM at Emmanuel General Hospital Eket where he was rushed to that when the said SSS operative in the convoy thought that he had died, he left our client and opened the front door of the very insignia bearing vehicle that conveyed Mr. Luke, the vehicle and others in the convoy zoomed off and left our client to his fate.

While these violent, atrocious, reckless and irresponsible actions against our client lasted,Mr. Luke was not only unruffled but continued to cheer and urge the assailants (his security escorts) to continue in their murderous attack on our client. Not even the cries, agony and plea of our client, his wife and children could deter their unprovoked attempt to kill our client.

Arising from that tragic incident, our client has been traversing different hospitals across the country, including the National Orthopaedic Hospital, Enugu, Enugu State to treat his badly damaged skull and face. Our client’s vision is now blurred arising from the attack which extended to his two eyes. Our client has so far spent millions of Naira to treat himself; our client has been informed by his doctors that he urgently needs to seek further and advanced medical attention abroad.

Sir, Mr. Luke called our client via the phone on 26th June, 2016 at about 1:00 pm to express sympathy over what they did to him after reading our client’s post on Facebook wherein he narrated his ordeal. Mr. Luke pointedly told our client over the phone that he did not know that our client was a medical practitioner; he told our client that he thought that our client was “one of those hooligans”. Mr. Luke also sent his friend and associate, Mr. Leo Umanato meet with our client in his residence in Eket on Saturday 2nd July, 2016 at about 4:30 PM when he learnt of his critical and deteriorating health condition. The said Mr.Umana never gave our client a feedback. When our client demanded from Mr. Luke the identity and prosecution of the two security men attached to him who nearly killed our client, he ceased further communication with our client.

Our client is not “one of those hooligans”. Our client is a responsible father of six (6) children, loving husband, law abiding citizen of the Federal Republic of Nigeria and a respected medical practitioner with over 20 years of outstanding medical practice. Sir, even‘’hooligans’’ are entitled to basic rights under the Constitution of the Federal Republic of Nigeria 1999 (as amended). Our client did not trample on Mr. Luke’s right in any way by using or sharing a public road built with taxpayers’ money (of which he is a contributor) with him.

Our client can no longer walk with his head high as a responsible member of the society because of the torture, dehumanizing and degrading treatment which Mr. Luke colluded with his murderous security escorts to subject him to.

The barbaric, violent and oppressive actions meted on our client on that ill-fated day is reminiscent of the dark era in history when humanity was ferociously eroded and attacked by dispirited forces of Apartheid, Slavery and Military Dictatorship. Mr. Luke’s imperialistic insistence for exclusivity in and or undisturbed use of a public road on that day defeats the ideals of democracy, civility and brotherliness.

Sequel to the foregoing, we respectfully ask that you investigate this case and prosecute Mr. Luke and identify, discipline and prosecute the security escorts who attacked our client.