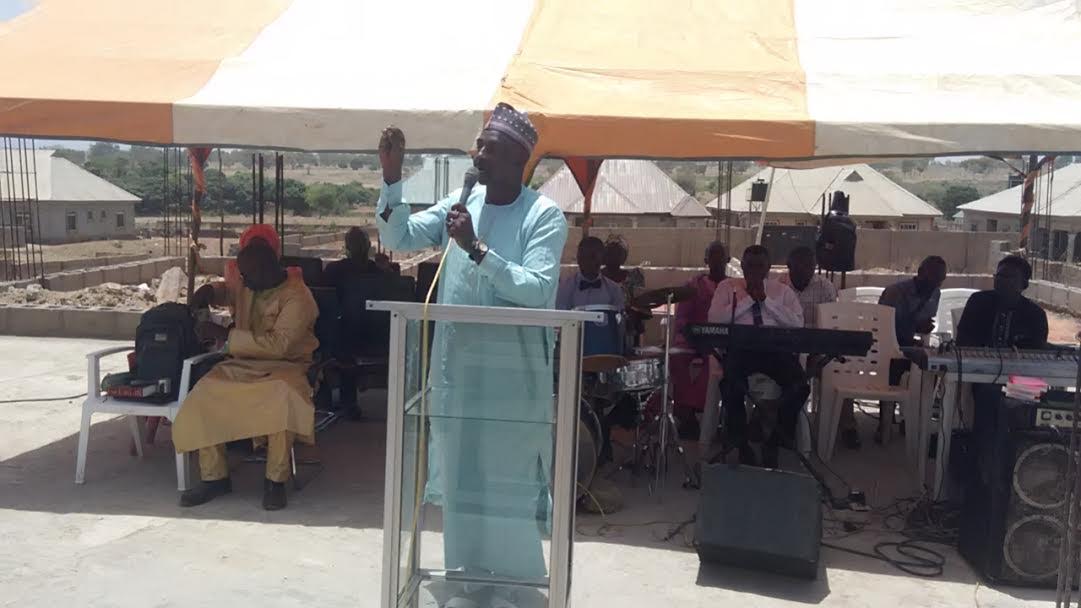 In a bid to promote peace and unity and to end all forms of ethno-religious political crisis bedeviling peace stability in the entire region of southern part of kaduna, a team of Miyatti Allah Cattle Breeders Association of Nigeria headed by Mallam ibrahim Abdullahi the assistance national secretary of the organization attended Sunday church service with other Christians at the church of Christ evangelical intercessory fellowship ministry Sabon Tasha kaduna south.

The occasion was the first of its kind, as many Christians who attended the Sunday church services in the region, were so surprised and shocked to find themselves in the mixed of Fulani’s sitting with them at the same church, while listening to the words of God.

According to Mallam Ibrahim Abdullahi, the aims of visiting the church is to strengthening peace, unity,Tolerance and better understanding among different faith base organization, and also to support the general over seer of the church toward encouraging him in all effort his doing day and night in bringing back peaceful co-existence, to the entire people of southern Kaduna.

Ibrahim pointed out clearly that”we need peace in all the local government of southern Kaduna, we really need to sit-down with all the Minor Tribe, Traditionist, including Hausa and Fulani’s, and all the peace stake holders in the region, so that we can support government missing in finding solution to all the crisis disturbing peace stability in the entire southern Kaduna region”.

Ibrahim said,we must together stand as “one Brothers and sisters in the region irrespective of our religious ,cultural and ethnicities differences “in bringing an end to the continuous killing of innocent citizens, and the destruction of million of properties, which is setting our region backward day-by-day.

Mallam Ibrahim also added that “we Truly visited the church today,so as to mixed and interact with our Brother and Sisters of southern kaduna,and to let them know that the problem of insecurity that is affecting the region is also affecting the Nomad children and their future,there fore according to him every one must contribute his own quota in other to over come the challenges of insecurity”.

In his own remark Alhaji Haruna Usman who is the state chairman of the MIyatti Allah kaduna state chapter, expressed his happiness over the increase peace in the state adding that there is the need for the state and federal government to redouble more effort in restoring peace in the region.

Alhaji Haruna then call on every Nigerians to support the region with prayers as God hears his people prayer, while appealing to government at all level to open more chances for interfaith dialogue between muslims and christians and to involved the traditional believers with everyone to participate in bringing back peace and development in the area.

Responding on behalf of the church,pastor Yohanna Buru thank the Fulani’s Group from coming to the church with the aims of promoting peace and dialoging on various ways to end the crisis disturbing the area.

Pastor said , your coming to our church today to worshipped with us, does not make you Christian,because I have been invited to many mosque to dialogue on peace,and this is part of the peace mission in inter-faith activities.

Pastor said “we as people of southern part of southern kaduna, must work as a team to make the region look great against” Muslims, Christian as well as traditional believers must embark on serious prayers, for God’s intervention, so as to end the killings and destruction of houses in the area that is setting the entire region backward when compare to other part of the state.

Pastor Buru called on both Muslims and Christians to unite and fight their common enemies that are benefitting from the crisis which is setting them backward.