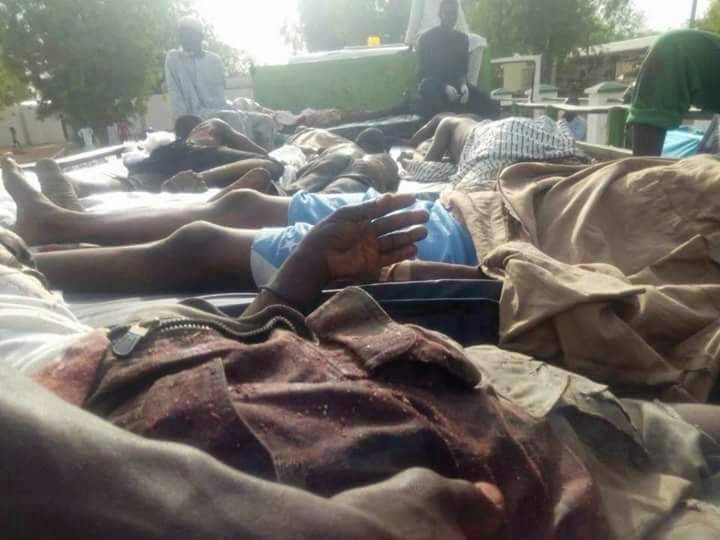 At least four persons were killed and 7 others injured in early morning suicide attack at a mosque in Bama town, Borno State early Sunday morning.

It was gathered that two male suicide bombers attacked worshippers, mostly made up of internally displaced persons who recently returned to the community during early morning congregational prayers.

“Two suspected Boko Haram bombers pretended to be worshippers and they blew up themselves and killed 4 civilians and 7 others injured,” a member of vigilance group helping soldiers to fight the insurgents, the Civilian JTF said.

Sources added that the two teenage suicide bombers, a male, and female, infiltrated the mosque at Bama-Dina quarters where they detonated Improvised Explosive Devices (IEDs) strapped to their bodies around 5: 00 am when Muslims faithful gathered for early morning prayers.

It was gathered that three persons died on the spot while one other died later at the Specialist Hospital, Maiduguri.

The wounded persons were also referred to the hospital for treatment.

It would be recalled that more 6, 000 internally displaced persons just returned to Bama town at beginning of this month.