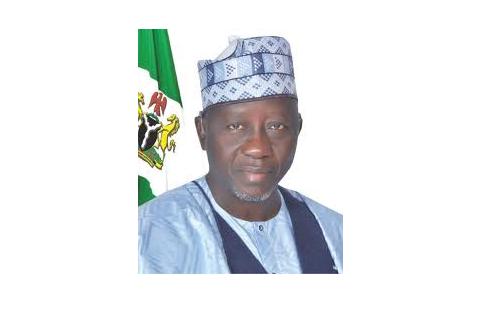 “In your struggle for justice, let your oppressor know that you are
not attempting to defeat or humiliate him, or even to pay him back for
injustices that he has heaped upon you. Let him know that you are
merely seeking justice for him as well as yourself.” – Martin Luther
King, Jr.

May the peace of the almighty God be upon his Excellency’s now and
always. I equally pray that your administration will be a fruitful
one.

I write this open letter to you as a concerned citizen to express my
extremely concern on the break of law and order in our rural and urban
communities over the years.

Permit me to start by commending you for your tireless efforts in
restoring law and order at all times. I sincerely acknowledged twice
support of your led government on sponsoring peace initiative by my
NGO’s. And I look forward for more support in times of peace building
and development projects.

However, the continuous crisis, killings and destruction of properties
in Southern Nasarawa State, call for the need to establish *Nasarawa
State Peace and Rehabilitation Commission.* This call now become more
imperative and indispensable.

Today, violence between herdsmen and farmers in Nasarawa State has
grown and developed into criminality and rural banditry. There is a
consensus need for *Nasarawa State Government to send executive bill
to Nasarawa State House of Assembly to enact a law to establish a body
known as *NASARAWA STATE PEACE AND REHABILITATION COMMISSION* as a
matter of urgency so as to regulate both the activities of farmers and
herdsmen. History will not forgive us if we don’t take concrete steps
to end the scourge of farmers and herdsmen violence. We should not
wait for another tragedy to strike before we finally wake up. We are
not in a lawless society.

As a matter of fact, the Commission when established will go a long
way to facilitate timely and efficient responses to break of law and
order in any part of the state.

In another development, the commission can drive it is founding from
Nasarawa State Government, Local Governments and Development Areas,
and national and international support.

Finally, the commission if established will no doubt *uphold and
promote Governor Umaru Tanko Al-Makura peace legacy* for the seek of
Nasarawa State and it’s beloved People’s.

As a concerned citizen, development worker, and a global citizen for
that matter, my plea is that this open letter will trigger *his
Excellency’s passionate intensity to swift into action by sending
*Executive Bill to Nasarawa State House of Assembly within 14-days* of
this open letter.

I urge you to act now, and to seek a different path toward the twin
goals of security and investment opportunity in Nasarawa State. I know
you’re a *listening and proactive Governor.*

While thanking  you for your timely response, please accept my best
wishes and compliment at all times.

6. THE COMMISSIONER OF POLICE, NASARAWA STATE,

7. THE DIRECTOR, STATE SECURITY SERVICE, AND