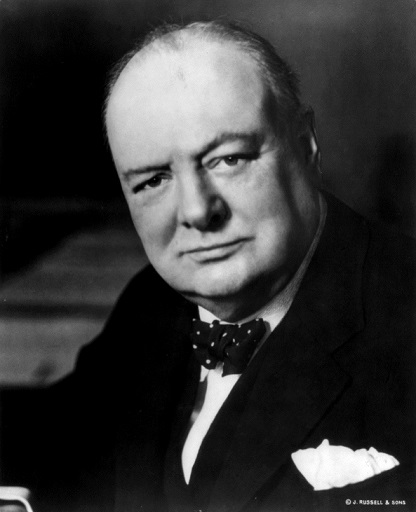 He might have been a staunch protector of the British Empire, but the British Prime Minister had a love of the Orient and Islam

The family of Sir Winston Churchill urged him to “fight against” the desire to convert to Islam, a newly discovered letter has revealed.

The Prime Minister who led Britain to victory in World War Two was apparently so taken with Islam and the culture of the Orient that his family wrote to try and persuade him not to become a Muslim.

In a letter dated August 1907 Churchill’s soon to be sister-in-law wrote to him: “Please don’t become converted to Islam; I have noticed in your disposition a tendency to orientalise, Pasha-like tendencies, I really have.

“If you come into contact with Islam your conversion might be effected with greater ease than you might have supposed, call of the blood, don’t you know what I mean, do fight against it.”

“Churchill never seriously considered converting,” Dr Dockter told The Independent. “He was more or less an atheist by this time anyway. He did however have a fascination with Islamic culture which was common among Victorians.”

Churchill had opportunity to observe Islamic society when he served as an officer of the British Army in Sudan. In a letter written to Lady Lytton in 1907 Churchill wrote that he “wished he were” a Pasha, which was a rank of distinction in the Ottoman Empire.

He even took to dressing in Arab clothes in private – an enthusiasm he shared with his good friend the poet Wilfrid S. Blunt. But Dr Dockter thinks Churchill’s family need never have worried about his interest in Islam.

“[Lady Gwendoline Bertie] would have been worried because Churchill was leaving for an African tour and she would have known Churchill had been seeing his friend, Wilfrid S. Blunt, who was a renowned Arabist, anti-imperialist and poet. Though he and Churchill were friends and dressed in Arabian dress at times for Blunt’s eccentric parties, they rarely agreed.”

In 1940, when Churchill was leading Britain’s fight against Nazi Germany, he gave his support to plans to build what became the London Central Mosque in Regent’s Park – putting aside £100,000 for the purpose – in the hope of winning the support of Muslim countries in the war.

He later told the House of Commons that “many of our friends in Muslim countries” had expressed appreciation for this “gift”.

But while he was vocal in his admiration for Islam, Churchill was not uncritical. “The fact that in Mohammedan law every woman must belong to some man as his absolute property, either as a child, a wife, or a concubine, must delay the final extinction of slavery until the faith of Islam has ceased to be a great power among men,” he wrote in his 1899 account of Sudan, The River War.

“Individual Moslems may show splendid qualities, but the influence of the religion paralizes the social development of those who follow it. No stronger retrograde force exists in the world. Far from being moribund, Mohammedanism is a militant and proselytizing faith.”

Dr Dockter, who assisted the London Mayor Boris Johnson on his book about Churchill, discovered the letter while researching his forthcoming book Winston Churchill and the Islamic World: Orientalism, Empire and Diplomacy in the Middle East.