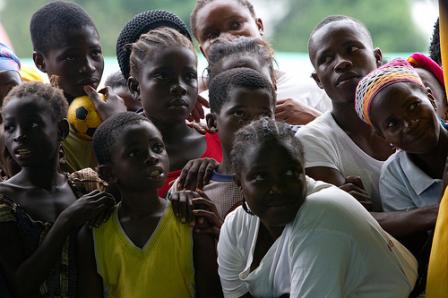 EconomyWatch
Liberia is a nation rich with natural resources including iron ore, gold, diamonds, natural rubber, vast forest for logging and timber harvesting, and vast agriculture land for ensuring food security. Yet like many of their African counterparts, who are equally rich in natural resources; corruption, global volatility and the “Dutch Disease” have left the country under the spell of the Resource Curse – turning Liberia from one of the fastest growing economies in the world, to one of the poorest and underdeveloped.

Do Liberians Have The Will & Commitment To Break The Resource Curse Phenomenon?

Back in 2004, The Sunday Standard, a Botswana newspaper, published an article by Professor Joseph Stigliz entitled “Botswana Has Escaped the Resource Curse Phenomenon”. In it, Stiglitz compared and examined several economies who were equally endowed in natural resources such as petroleum products, diamonds, gold and other rich minerals; and explained why some had been affected by the “Resource Curse” phenomenon, whilst others managed to escape.

“Thirty years ago, Indonesia and Nigeria, both dependent on oil, had comparable per capita incomes. However, Indonesia’s per capita income is now four times that of Nigeria,” Stiglitz said. Sierra Leone and Botswana, who are both rich in diamonds, was another comparison. While Botswana managed to escape the resource curse, averaging an 8.7 percent annual economic growth rate over the last thirty years, Sierra Leone was plunged into civil strife in 1991 – lasting until 2002.

The Resource Curse is a term coined by economists, to describe how, on average, countries with large endowments of natural resources tend to perform worse than countries that may be less well endowed. Professor Stigliz gave three major reasons for the curse’s ‘spell’:

First, he identified corruption and rent-seeking by public and private officials in these nations as one of the prime causes. “It is the prospect of riches orient officials’ efforts to seizing a larger share of the pie, rather than creating a larger pie that is responsible for the resource curse,” he wrote, adding that the result of this wealth grab could often led to war, as seen in many Sub-Saharan African countries. This reason is also supported by other authors such as Larsen (2006), Auty (2001a), Gylfason (2001a), Sachs and Warner (2001), Torvik (2002), and Stevens (2003).

The second reason he cited is associated with volatility in world prices of natural resources. He averred that many nations in Sub-Saharan Africa heavily relied on the earnings of their primary products and thus failed to diversify their economies. Volatility in the prices of these primary products, as such, greatly harmed economic performance, leaving a serious imprint of social and economic woes on the populations of these countries.

Finally, Stiglitz noted that oil and other natural resources, though a major source of wealth, do not create jobs by themselves. Unfortunately, they often crowd out other economic sectors, a phenomenon he labeled as the “Dutch Disease”.

(The Dutch Disease is a concept that purportedly explains the apparent relationship between the increase in exploitation of natural resources and a decline in the manufacturing sector. The term was coined in 1977 by The Economist to describe the decline of the manufacturing sector in the Netherlands after the discovery of a large natural gas field in 1959.) Read more…