At the headquarters of the revival service of the Lord’s Chosen Charismatic Revival Movement in Ijesha, Lagos this Saturday, President Goodluck Jonathan attempted to scare Pastor Lazarus Muoka by telling him that Boko Haram, the north Nigeria terrorizing group had planned to come down south, had it not been checked by his administration.

According to the News Agency of Nigeria, NAN, Jonathan said, “The idea of the group was to start from the centre of the country and then move to bring the whole country down.”

When I read this, I like many others did not know whether to laugh or cry. 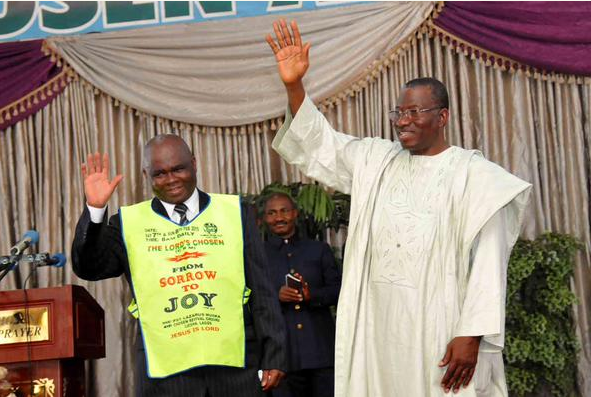 Immediately I understood and actually empathized with Pastor Bishop David Oyedepo. It was clear why he declared that he was anointed to lead the crusade against Boko Haram in that fiery speech; and promised to rip out their gullets and make crimson rivers flow. Pastor Oyedepo had relayed that he too had received a “report” that “Boko Haram” had planned to attack his Church.  I am not sure what else Goodluck told him about the “planned attack” and how and who Goolduck told pastor Oyedepo the Boko Haram was; but I have quite a good idea based on some of the things the revered pastor said, including “must the north continue to rule,” and that “the north population cannot be more than Lagos.” 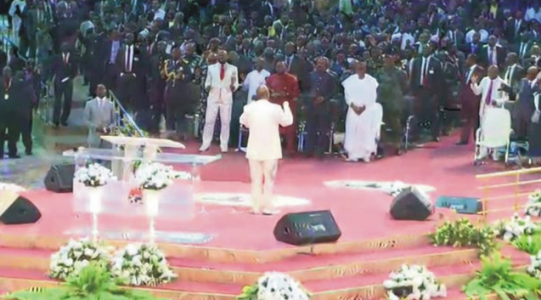 Reading what Jonathan told Pastor Lazarus, it became clear Jonathan’s campaign message across the many Churches he has been patronizing: Boko Haram was coming for you, I am your defender, I stopped them from coming to the South; put your trust and your congregation’s vote in me. Amen.

This is tragic, low and dangerous. The damages our president is trying hard and investing billions, “6” to be precise to sow in this nation will long outlive the four year term he is aggressively doing it for even if he does get the term. He exigently needs to be stopped.

Firstly, Boko Haram NEVER planned to attack the South! What? It takes just a motorcycle and a few electric devices, a cell phone and a single man for Boko Haram to successfully bomb anywhere in Nigeria they so wish. Jonathan should stop praying for and stimulating evil he cannot contain. He must stop conjuring harm and death on the South or even fired a single round. We thank God that Boko Haram had a sole plan to destroy the north and the north only. At least, the South is spared. For five years, Boko Haram never set of a single bomb in the South. It is not because of Jonathan or his security agents; it is because attacking the south was NEVER in Boko Haram’s covert contract. 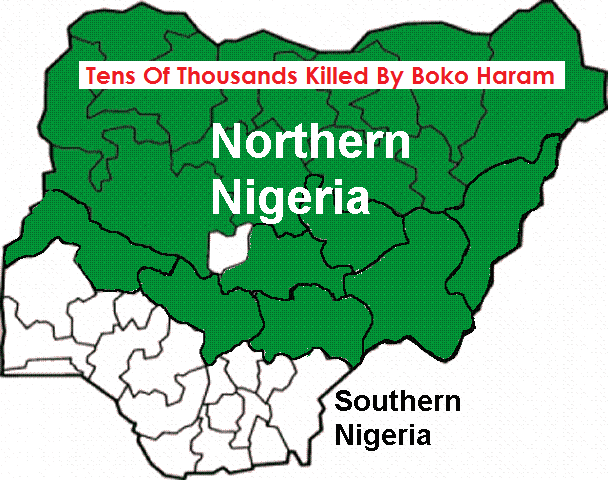 Political Boko Haram terrorists were interested in bombing up the North to kill northern dwellers and anger and scare out Southerners. And territorial Boko Haram insurgents were dedicated to the mission to capture the north starting from the northeast, raping and killing any and everyone in sight and displacing everyone else. There was never a South mission of Boko Haram.

I challenge President Jonathan to provide any evidence of intelligence supporting his “Boko Haram planned to go South campaign.” And what did he mean by saying they “started from the center?” Are there two Nigerias? Is he still claiming the Abuja independence day mischievous blast that MEND claimed responsibility for and accused him orchestrating was done by “northern elements”…who “are Boko Haram?” I could have sworn we were past this.

Seriously Nigeria should not continue to allow this type of senseless and dangerous patronage of Boko Haram for political campaign “gains” and INEC blackmail. When is this rubbish going to stop?

There is nothing to rejoice about Boko Haram’s pogrom. Nothing to be proud of.

Somebody please call Mr. President to order. Nigeria is more than one man and his looting ambition.