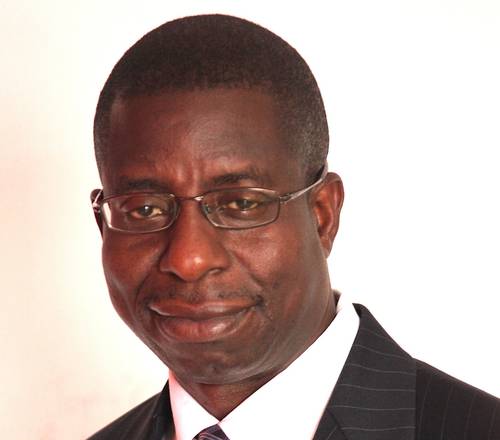 THE full title of my last column (27 January 2015) is “How Col. Dasuki Confirmed Nigeria as the Never-ready Country (and Why the Elections Must Not Be Postponed).” It was published without the second part in parenthesis. But I had been expressing a vain hope.

President Jonathan has now set a frightful precedent: the final decision on when elections hold does not lie with the chairman of INEC but the Chief of Defence Staff, acting on behalf of the Commander-in-Chief. And all that the soldier has to do is write a letter saying that he cannot provide security in any part of the country during an election. In other words, a soldier, speaking through the barrel of his gun, becomes the effective arbiter of our democracy. And this under a president who, we are told, is such a thoroughbred democrat that he would rather be perceived as weak and inept that act in any way to portray him as yet another African strongman. This, too, under a ruling party whose slogan is power to the people, never mind all the earth-shaking revelations coming out of Ekiti State where the army deployed a brigadier to rig the 21 June 2014 election, working in collaboration with the Minister of State for Defence and the Minister of Police Affairs, among other curious and interested parties.

I may have argued against postponing the election, if for nothing else then to prove to the world that our word, for once, can be our bond; that we do not relish the reputation of the never-ready country. I must now bow to the greater national interest purported by Chief of Defence Staff Alexander Badeh: national security.

At first, that greater national interest was that no single citizen be disenfranchised due to INEC’s failure to distribute over 30 million voters’ cards. But INEC chairman, Professor Attahiru Jega, promised every registered voter his or her card before 14 February. He was well on course to fulfilling his promise, with over 70% delivery and a couple more days to go where the original window for card collection was three days when, realising that the game was up, the army was called in for a coup against democracy.

But with a heavy heart, I dance in the street as some of our impoverished and frustrated citizens were wont to do many a by-gone coup. By this very act, Jonathan has given an undertaking to rid Nigeria of Boko Haram. He will do in six weeks what he failed to accomplish in two years of the state of emergency he declared in North-east Nigeria.

Oh, the beauty of elections! Our military, which has used the cry of lack of weapons to excuse its shameful inability to dislodge a band of criminals camped in Sambisa forest, now has all it needs, it seems, for battle. And joining forces with Cameroun and Chad, might quite possibly free the Chibok girls at last, as well as the many other captives of the enemy Boko Haram — as many as have not been forced into suicide bombing missions, been ruined for life as sex slaves, or sold as child brides. Six weeks only to solve a six-year-old problem. So help them, God!

But then, the newly established Jonathan-Sambo-Badeh triumvirate of INEC chairmen (poor Professor Jega!) must know that they have just played their only hand. For what next? A hundred percent voter card collection before the elections can hold? That every Boko Haram terrorist be killed and buried beforehand? That the United Nations first declare Chibok the safest place on earth for the girl-child? Or perhaps that the National Conference (since its alumnae have become very powerful friends of the president and his party) reconvene to insert in its final recommendations a clause on the true test of federalism on which delegates could not agree — a fair and equitable derivation formula (defined as a minimum of 50% to the states from which resources are derived) —so that all issues plaguing the country can be declared resolved before we vote?

The wind of change set to sweep out of power a weak, inept and visionless government that finds it possible to distinguish corruption from stealing in a country being swallowed alive by graft was to arrive in February. I call it the FeBuhari wind of change. Like a hurricane gathering strength at sea, it may not arrive at the precise hour or on the expected day, though arrive it surely will. This wind of change, I hazard, has merely been given time to increase its strength. For the sake of our long-suffered country, I hope President Jonathan does not allow his inordinate will-to-power so thoroughly overwhelm him (the nation is waiting for him to deny his implication in the Ekiti tapes and order a judicial inquiry) as to turn this benign wind into a destructive storm. Our fragile, tottering country, it should be obvious, might not survive it.