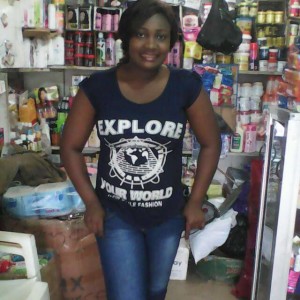 Have we been so desensitized on human suffering from too many dead bodies that collateral damages make no difference? We use Koran, Bible, Prophets; highly qualified professionals like doctors and lawyers to cover-up the evil of Jihad, Crusade, Police shootings and Army collateral damages. Eye witnesses can be discredited by “scientific” evidence before jury and on national televisions. It is becoming difficult to distinguish the men of God from militias around the world.

Africans witness this on a daily basis at home and in Diaspora but the rest of the world cares little about us. Who can you blame, if we butcher ourselves for peanuts? Sometimes we care more for others. Yet the world was touched by a little kid that got drowned and was washed ashore after trying to cross to Europe. When massacre made the world wrap the flag of France, it caught the attention of Africans too and made Archbishop of Canterbury questioned God.

The reason the rest of the world ignore us has more to do with the respect we give to our causalities of civil wars. We are so brutal and wicked to one another, one wonder if humanity exist in Africa. We destroy lives so easily, many cry that blacks or Africans must not be left to themselves otherwise our population would dwindle to a few in the museums. We should regard this as the insult of the highest order, but fear that it could be true prevents us.

Finally, there is something that touched most Nigerians recently than the death of a lovely 21 year old student that got caught between Indigenous People of Biafra and the Nigerian Police. While we argue about who shot or stabbed her, we all agree that she should not have died. The rest of the world did not notice our sorrow but then, Boko Haram kill more Nigerians constantly than ISIS killed throughout the world. Nobody wrapped Nigeria’s flag around the shoulder.

Everyone has a grouse like a group of people have a cause. If every group decides to politicize their cause and champion confrontation with bellicose promises, money and power; the world is ready for End Time. We have to be careful so that we do not fall for the predictions of those prophets of doom. End Time has been predicted before they were born and the world survived their grandfathers. Indeed global warning many of them do not believe in has taken more lives.

Yet the death of this young girl in Onitsha struck most of us regardless of our ethnic group with remorse, retrospection and grief. Some of us have to ask if the agitation is worth the death of this one lady, not to mention many to come or millions that have died for such causes around the world. This young girl could have been our daughter, sister, wife or even mother of another little baby. But before she had a chance, life was snuffed out of her.

It must be made clear that Africans are not barbarians. Indeed, more human sufferings are perpetrated by those that specialized in sophisticated weaponries they pride themselves on. They master the art of killing with neutron bombs that can destroy humans but leave their precious properties untouched. They brag about how many times they can destroy the world and one another. The only reason United States and Russia do not confront each other is because of their power of mutual destruction.

But make no mistake about it, Africans are catching up and seeking the same weapons to destroy one another. The cost of getting these fatal enablers is draining Africans of their resources. We sell ourselves and our resources in exchange for man-made materials. While natural resources are dwindling, manmade material can be easily reproduced, refurbished, recycled and sold again and again until we exhaust ourselves and our natural resources.

Do we take the suffering of so many poor people into consideration when elephants fight and the grass suffer? It used to be that we were willing to die fighting for freedom than to die as slaves. Of course, leaders of these militias will vouch that they are fighting for freedom and the right to determine our own destiny. They see themselves as Kwame Nkrumah, Martin Luther King, Albert Luthuli, Steve Biko, Menachem Begin of Israel and Yasser Arafat of Palestine.

Unfortunately, the cry for freedom of many of these militias is a cry for control of their piece of the pie. Stick the whole pie into their faces; they will deprive others of their fair share. We have seen many African countries engage in these fights only to become the oppressors when they conquer. There is hardly any African country big enough with the same ethnic group not to biker over resources or land. The same heritage did not unite the Somali.

What is it about Africans that we want to turn every clan, every tribe and every ethnic group into a country so that every family can become the president of his house? We all agree that if we cannot live together, we should separate rather than kill one another. The only problem is what constitutes amicable division into a country. Anyone that disagrees with the separatists is a sucker of others’ resources.

The irony is that most separatists may not have enough resources of their own but rely or fat on those of others they wish they could convince to separate with them. From East Africa to West Africa, the common problem is where the gold, diamond and oil are largely located: either the diamond does not respect ethnic boundaries or the oil is located offshore. The technology needed to exploit each of these resources is usually outside the country or the Continent.

Some Africans hate their neighbors so much, they are willing to let outsiders come and exploit them than allow commonwealth of shared resources. Of course outsiders are willing to supply the weapons needed to subdue one ethnic group for the other, as long as agreements are signed on who is going to be invited back to develop and export African resources. It is now a completion between Chinese, Europeans and the Americans.

Once all the modalities and intricacies of boundaries are solved, this writer wants a separate state and would contest for the President of Aresa State!