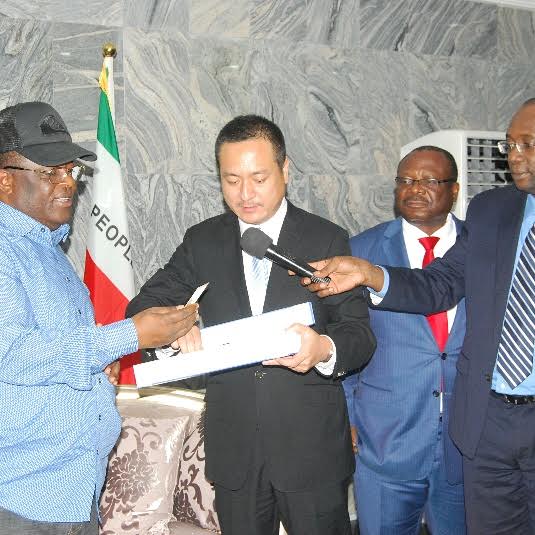 When Ebonyi State governor, Engr David Umahi announced that he was going to conduct local government elections across the 13 council areas of the state many thought it was mere political statement.

The announcement, no doubt, attracted loud applause from many quarters, but with the current stark economic realities and the dramatic drop in federal allocations, the concern on everyone’s mind with regards to the above was, how the state would source funds for the exercise, slated for the second quarter of this year.

Apparently, the governor understands the importance of conducting an election for local government in good time to run side by side with the state government for the common good of the people of the state.

It was reliably gathered that the state government intends to inject N216 million for the conduct of the forthcoming election to set the local government system on the path of progress.

To add credence to this development, the state House of Assembly proceeded to withdraw its appeal on the annulment of the previous local government elections in the state.

The state local government elections conducted by the past administration was nullified by federal high court in Abakaliki the state capital in 2014 over obnoxious law used in conducting the election. But the state Assembly went to appeal court to challenge the nullification. It later withdrew the appeal and amended some sections of the law which caused the nullification by the court.

It is a thing of pride, as Ebonyi state has joined the league of other sister states that have entrenched democracy in the grassroots. This is coming when most governors have declared that their state lacks the
financial wherewithal to conduct council polls in the state.

Local government administrations have become the most constitutionally abused matter in Nigeria since the 1999 Constitution became operational. Only a handful of States hold local government elections.

The same Constitution in Section 8 unleashed the first of the encumbrances that have become defences for the National Assembly and State governments when minimise the constitutional role of local governments.

After the confusion over the term of the local governments and the manoeuvrings that led to extensions, some states have resorted to appointing caretaker committees to run council areas.

Local governments are grassroots government and for federal and state developmental programmes to trickle down to the rural areas the local governments have to be manned by democratically elected representatives of the people such that, they are accountable to the people, independent and free from the
overbearing control and influence of the state government who appointed them in the case of caretaker local government appointees.

However, Ebonyi state is on the verge of charting a new course. Engr Umahi has indeed confirmed that he is not just a quintessential democrat but a profound leader with genuine interest for the grassroots development. The governor has sworn that the April election would be free and fair, adding that only those who got the people’s mandate would be the approved winners. He noted that the present situation in the country required that the best in the area of leadership should be fielded and not an arrangement based on
compensatory and appeasement basis.

The governor insists that it is no longer business as usual, as necessary adjustments would be made in the quest to promote fair contest and good governance, such that the political climate would be devoid of deceit manipulations and parboiled lie, to keep the wrong people out of the system.

It goes without saying that the forthcoming council polls will be based on a principle to show the world the ideal brand of democracy, to avoid descent to anarchy in the long run.

Party leaders at all levels in the state were mandated to immediately convene meetings to ascertain the wishes of the people who should be involved in producing candidates of their choices to avoid a situation where the elected would maintain boisterous life and the average man is at the losing end.

The truth is that the local government administration is a unit of government established by act of law to administer the functions of government as well as to see to the welfare and interest of the local dwellers. It is heartwarming therefore that Chief Umahi has ordered immediate conduct of elections into local councils through a democratic electoral system that guarantees equal rights for all.

There is no ulterior motive in the decision of the governor to conduct local government polls. Governor Umahi  is not a person that would want to take the people for a ride. He is a democrat and very interested in deepening democracy in Nigeria.

It is now left for political parties and interested chairmanship and councillorship aspirants to take advantage of the information to prepare themselves for the poll.

Thumbs up our performing leader!