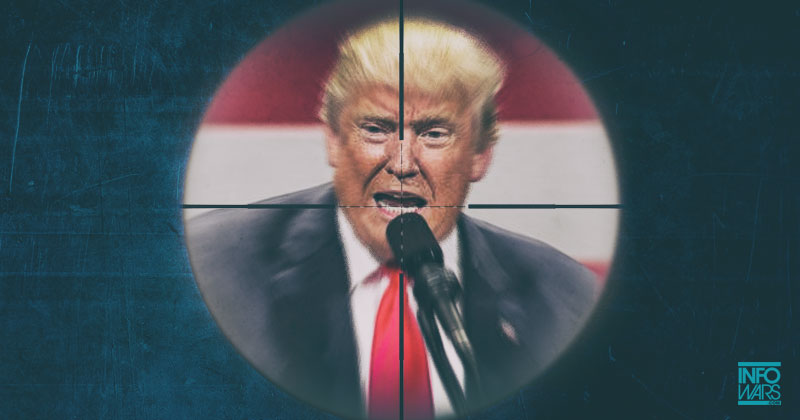 President-elect of the United States Donald Trump, in a recent press conference, presented a side of him “Dishonest Media” (as he calls them), and perhaps all his adversaries, should henceforth get ready to deal with. He refused to take any question from Jim Acosta; the Cable Network News (CNN) correspondent. The soon to be commander-in-chief got a round of applause from the room with this final words for the reporter; “Your organization is terrible…Quite. Quite. No, I’m not gonna give you a question. You are fake news”.

The President-elect is human and, therefore, not perfect. In fact, I do not expect him to be perfect even when he moves his things into the White House. My prayer for him is that God will grant him patience, wisdom and success to lead. But if this is how he plans to respond to criticism or new reports after he formally becomes “the most powerful man in the world”, then there is convincing cause for serious alarm. For God’s sake this is a man who will become the leader and voice of The United States come January 20th 2017.

Speaking about Trump’s response, I was amazed at the number of Nigerians who took to various media platforms to express their elation about this stomach-turning display of acrimony and asperity. The responses got me really worried about what our society is really learning from our religious and educational institutions in Nigeria. It made me feel there is an epidemic called loss of reasoning currently overwhelming our civilization.

To the “end time army” of religious rangers in my country of birth currently fighting for “the restoration of God back to the American society”, Trump is the flawless chosen one to lead this war. For that reason, it is tolerable for him to constantly throw temper tantrums like a child deprived of his toy or candy. Even more, it is okay if he grotesquely denies things he said and did from the day he started running for office till date. Boasting about his unwillingness to acknowledge error is another peculiarity the chosen one is allowed to enjoy.

Interestingly, these religious rangers also hold the view that it is acceptable for right-wing media houses like Fox News, conspiracy theories platform like Infowars anchored by Alex Jones, and Donald Trump himself to have constantly insulted President Obama and sustain the birther issue for many years. But it is now clumsy for news platforms like CNN to exercise their own freedom of speech.

In the past, propaganda against President Obama’s citizenship (which by the way was all proven wrong) became actualities to some. But currently, intelligence report about the President- elect is “fake news” even when both President and President-elect have been briefed by U.S Security experts about it. I hope to understand this pattern of reasoning someday.

By the way, I was able to uncover that while part of the consistent support for many pernicious act by the chosen one has to do with an aversion for Democrats and their values, most of it is tied to narcissistic religious belief and inhospitable cultural values.

For the records, I like to swiftly state that this piece is not meant to ridicule, pastors, Christians or Christianity. I am a Christian who has had the privilege to work in the Orthodox and Pentecostal religious circle in South West and Northern Nigeria, and currently in the Diaspora.

Historically, religion has been a cardinal way of life in Nigeria. It is so inescapable that almost every child is introduced to the concept of religion at a very early age. From the antechambers of homes, to the congenial atmosphere in schools, kids are taught about God, love, honesty, respect, morality and tolerance. It is an attempt to build the child into a God fearing, responsible, law abiding citizen.

Be that as it may, religious values seem to have, as a matter of fact, taken a twist these days. It seems as if we Christians are no longer raised to think. Rather, we are told what to think and, in most cases, intimidated into allowing one man or woman of God to further do the thinking for us. As a consequence, many on-Christians now see Christians as a collection of myrmidons who misrepresent what they preach or believe in. To many, church is now synonymous with money, materialism, and glamour.

The consequence of this mistaken impression which we have, unconsciously, painted to non-Christians is creating more harm than good. The carrot and stick approach employed by mainstream Evangelical/Pentecostal leadership, and followership in Nigeria, towards growing false tales about the church is even making things worse. Their act of shushing people who voice out any opinion on issues they consider cultural, embellished or artificial also raises questions about the rectitude of our faith.

In voicing out his opinion about church, one of my non-Christian friend said “there are too much churches manipulating and controlling people. Is the Church not supposed to be a place for educating devotees about truth, love, humility, forgiveness, godliness, faith, and encouraging them to grow in these tenets?” I responded that the church is not supposed to be a place where people do anything. It is a collection of people who are called to bring to view the love of God to people irrespective of their class, creed, colour or culture.

Sadly, leaders in some Churches now teach rancor. They also help in spreading conspiracy theories, and encourage worshippers to be hostile to values that are actually personal and not biblical. As if that is not bad enough, we have graduated to interpreting series of local and global events on the pulpit in a way that violates basic intellectual, biblical and ecclesiastical decency. For example, I read from a pastor’s Facebook feed that “ISIS was created by Hilary Clinton and President Obama to wipe out Jews and Christians from the surface of the earth”. I personally think it is wrong for any cleric to fructify such rumours especially from a supposed place of spiritual authority. This is an abuse of title is escalating in our society.

Well, there is no record in the Bible where we are commanded to blindly follow anyone. Instead, we are encouraged by Act of the Apostles chapter 17 verse 11 to be like the people of Berea who listened eagerly to Paul’s message. Afterwards, they examine the Scriptures day after day to see if Paul and Silas were teaching the truth. The word of God is the only source of truth. We should subject all that is taught or written to the authority of God’s holy word.

As leaders in churches and teachers of the word of God, we should keep our personal views to ourselves. Our job is to help and encourage Christians to be Christ-like. Also, it is expected that we inspire them to double-check utterances from the pulpits whether the principles preached and taught are biblical or personal.

We are not called to be bigots and policemen of the world. Jesus Christ, in Matthew chapter 5 verses 14 and 16, commands us to be the light of the world and salt of the earth. What this means is for us to be responsible citizens, and strife to influence our society through love, grace, and godliness.