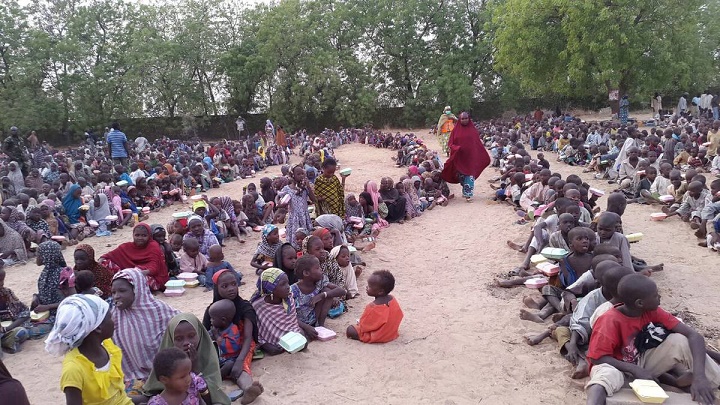 The MSF, otherwise known as Doctors Without Borders, has said that at least 52 people were killed after a Nigerian fighter jet accidentally dropped a bomb on an internally displaced persons, IDP, camp.

The international organisation, whose officials were present at the Rann camp in Borno State when the incident occurred, said another 102 people were injured from the incident.

The MSF stated these in a statement issued to the media in Borno State.

The Nigerian military, which has owned up to the attack, is yet to provide its casualty figures.

The Borno State government has also said it is waiting for the military to furnish it with full details of what actually transpired in Rann, headquarters of Kala-Balge Local Government Area.

The casualty provided by the MSF puts the death as one of the highest in the state in recent times from a single incident.

The MSF said it is currently providing first aid to the 120 injured persons in Rann.

Jean-Clément Cabrol, MSF’s Director of Operations, said, “This large-scale attack on vulnerable people who have already fled from extreme violence is shocking and unacceptable.”

“The safety of civilians must be respected. We are urgently calling on all parties to ensure the facilitation of medical evacuations by air or road for survivors who are in need of emergency care.”

MSF first started working in Nigeria in 1971, and is one of the few organisations still able to operate in hard-to-reach areas of the country.

PREMIUM TIMES had reported the bombing of the camp earlier on Tuesday.

The Theatre Commander of Nigerian forces in Borno, Lucky Irabor, a major general, confirmed that he authorised the bombing.

“This morning today, we received reports about gathering of Boko Haram terrorists somewhere in Kala Balge Local Government area of Borno State. We got a coordinate and I directed that the air should go to address the problem.

“Unfortunately the strike was conducted but it turned out that the locals somewhere in Rann were affected.

“We are yet to get the details of the casualties. But we have some civilians that have been killed, others are wounded and we also have two of our soldiers that were also wounded. Among some that are wounded are local staffs of the Medicine Sans Frontiers as well as ICRC,” he said.