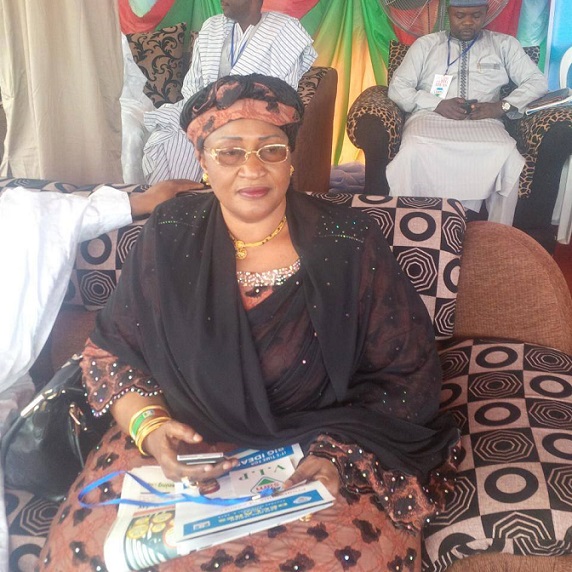 Speech Delivered By Senator Aisha Jummai Alhassan, The Gubernatorial Candidate Of The APC, Taraba State On 26/04/2015

Gentlemen of the Press:

As you are aware, the final result of the Taraba State 2015 Gubernatorial Election have just been announced. The candidate of the PDP, Arch. Darius Ishaku was declared winner of the election with 329,318 votes while my total votes was said to be 275,984. It is however pertinent to note that immediately after the April 11th Governorship and State Assembly polls, the National Leadership of our great party and myself addressed a world press conference in Abuja where we expressed the rejection of the results of the election in some Local Government Areas (namely Wukari, Kurmi, Sardauna, Zing, Yorro and parts of Lau, Ardo Kola and Karim Lamido).

We had called for either the cancellation of the results of those LGAs and the proposed re-run election to also include them or total cancellation of the April 11th Gubernatorial polls. Despite our plea and petition to INEC, our complaints were not heeded. Now, having concluded the rerun election, with the results of both supplementary and the first election merged, we hereby make the following declarations as the official stand of both our great Party APC and my humble self, the flag Bearer of the party.

1. That the combined governorship elections in Taraba State was characterised by violence, massive rigging, ballots snatching and abuse of the card readers in substantial parts of the State by the PDP and their allies.

2. That the results ascribed to Wukari, Donga, Takum, Sardauna, Zing, Yorro, Kurmi LGAs and some parts of Ussa, Karim Lamido, Bali, Ardo Kola and Lau LGAs are not acceptable to us as they did not reflect the true results of the elections in these areas. In all those areas listed above, our agents, supporters and other well meaning voters were shot at, beaten up, intimidated and chased away from voting centers, while voting and collation took place in residences of PDP stakeholders and government functionaries.

3.That the for every irregularity or abuse of the guidelines for the conduct of the election we had complained and petitioned the INEC as the election umpire, they went ahead to accept results from those areas we complained of.

4. Now, that INEC has made its declarations despite our protestations, I hereby announced to the whole world that I have rejected the results of the governorship elections as announced by INEC.

5. I shall be heading to the Governorship Election Tribunals to seek redress and reclaim the mandate entrusted on me by the good people of Taraba State. The mandate is sacred and I shall not relent in seeking to reclaim it.

6. I wish to use the opportunity of this Press Conference to thank all party members, our supporters, and the good people of Taraba State for their loyalty, doggedness, steadfastness and
commitment to change in the State.

7. We called on all our supporters to remain calm, law abiding and go about their normal lawful businesses. They should be rest assured that we shall do everything legally possible to reclaim the stolen mandate.

8. I shall commiserate with all those who suffered pain and injury during the just concluded polls. My heart is with them and I wished them well and speedy recovery.

9. Finally, I thank the Leadership of our great Party and all Nigerians for standing by me during this difficult time. I assure my party of total loyalty and commitment.

Thank you for listening.