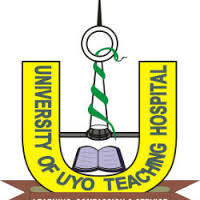 Since Monday the 20th of April, 2015 there has been no electricity supply at the University of Uyo Teaching Hospital (UUTH), Uyo, Akwa Ibom State. The avoidable blackout has completely hindered all medical services which are electricity dependent. With this unfortunate state of affairs, the lives and safety of patients seeking serious and urgent medical attention has been put in jeopardy.

While this rot goes on unabated, the Management of the hospital which is unperturbed from all indications is claiming that they are spending too much money on the provision of fuel to service the generators that provides electricity to the hospital since public supply of electricity is nothing to write home about.

A relative of mine that needed to undergo urgent scanning at the hospital has been ‘booked’ for 5th May, 2015 when her turn is expected to come. She has been told that there is nothing that can be done about her case because the radiology department of the hospital can only perform 18 scans per day.

Apart from the perennial problem of electricity at the hospital, the entire atmosphere there is anarchic, inhumane and degrading. From extremely poor patient service, personnel inadequacy, overcrowding, unavailability of drugs (in fact most patients depend largely on private pharmaceutical outlets for drugs), antiquated facilities, offensive odours, to infrastructural decay, the facility passes for a death zone.

Having been to the hospital on a number of occasions, I can say without mincing words that there is an urgent needs for the government to intervene. This is one teaching hospital where patients are treated with utter disdain by uncaring nurses and other non medical staff who appear to be incurably offended at the sight of patients.

This uncaring attitude might not be unconnected with the poor staff welfare policy of the hospital. The ’13th month’ salary bonus that comes from the federal government are not paid staffers. What they get at the end of every year is expired uncle bens rice, which is always rejected by the medical and non medical staff who knows what the consequences are.

A situation where emergency cases at the hospital are treated like other cases is completely unacceptable. Many have narrated how personnel (including doctors and nurses) in the hospital watched carelessly as their relatives suffered and died without assistance or care.

The situation is so precarious that instead of undergoing the very demoralising and excruciating procedures at the hospital, many people have resorted to self – medication. The last time I visited the hospital for medical care, I had to wait for more than 3 hours before being attended to by a doctor. There after, I was unduly delayed at the laboratory department before being cleared for clinical tests.

The hospital is not immmuned from the cancer of corruption which has ravaged most public institutions and sectors in our country. In fact, the smell of bribery, nepotism and favouritism is pungent at the hospital. To be attended to timeously, one must be ready to give kickbacks or be assisted by a known third party (personnel) at the hospital. I witnessed this the last time I went there.

Findings shows that the budget for UUTH is not being used for the hospital but to service the pockets of the powers that be. For the past 3 years, the UUTH Management keeps collecting millions for buildings that ought to have been completed two years ago. This is so because funds budgeted for this purpose are allegedly being diverted.

The Chief Medical Director (CMD) of the hospital, Prof. Etete J. Peters who has been at the helm of affairs since 2009 when he was appointed appears so comfortable with the status quo. A friend with deep investigative connections in the medical sector alleged among others that Prof. Peters conducts job interviews for would be employees of the hospital in hotels. Whether true or not, the indubitable fact is that there is an evident failure of leadership at the hospital.

The University of Uyo Teaching Hospital is the only tertiary health facility in Akwa Ibom State. Despite being a federal government owned facility, over 80% of Nigerians that depend on the facility for medical care are residents of Akwa Ibom State. Therefore, the Akwa Ibom State Government should be interested in the present uninspiring and scandalous state of hospital.

The Minister of Health should as a matter of urgency hold an independent investigation into the state of facilities at the hospital. Nigerians deserve to know whether the yearly budgetary provisions for the management and maintenance of the hospital has been put to justifiable use or whether the monies appropriated for the hospital, including internally generated revenue, has been misappropriated or embezzled. There is an urgent need for questioning and accountability.

The Fundamental Objectives and Directive Principles of State Policy under our Constitution enjoins the Nigerian government to provide adequate medical care for all Nigerians. Specifically, Section 17 (3) (d) of the Constitution of the Federal Republic of Nigeria 1999 (as amended)  provides that the State shall direct its policy towards ensuring that- “there are adequate medical and health facilities for all persons”.

A nation that does not pay serious attention to the health, safety and security of her citizens cannot prosper. Our mortality rate and life span will not improve when vital health facilities like the University of Uyo Teaching Hospital are in critical and debasing state. We cannot continue like this as a country.

The time to act is now!