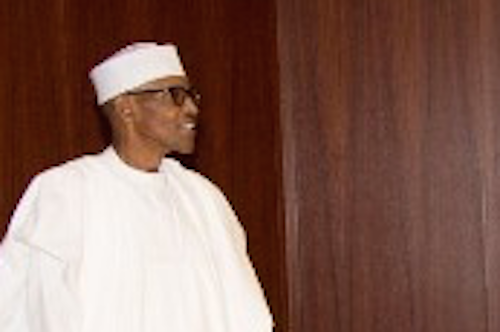 By allowing the State Security Service to undermine him in his quest to make Ibrahim Magu substantive chairman of the Economic and Financial Crimes Commission (EFCC), President Muhammadu Buhari has lost control of his government and should consider overhauling his administration forthwith, two former Nigerian leaders have told PREMIUM TIMES

In separate interviews with this newspaper on Wednesday, the former commanders-in-chief, who spoke on strict anonymity, said Mr. Buhari should be very worried about the direction his administration is headed.

“I strongly reject the notion that Buhari is helpless in his own cabinet,” one of the former leaders said. “I would never have allowed such humiliating insubordination in my administration. It was unthinkable that my own appointee would oppose my nominee at the National Assembly. No one could have tried that with me. He or she would have paid dearly for it.”

“What happened showed clearly that Buhari is not in charge.”

The second official said what happened in the Magu case was “entirely inconceivable in a presidential system anywhere in the world.”

In a painful effort to make sense of the development and convey his “rude shock”, the former leader said Mr. Buhari might actually be the one behind the “repeated humiliation of his own nominee”.

“Unless he is the one behind the whole controversy by deliberately double-dealing with his own nominee and other subordinates, there’s no way I would have thought a situation like this will play out as someone who had been privileged to hold that position.

“As far as I am concerned, things seem to have fallen apart. It is also possible that he has never been in control. It is very unfortunate.”

Weighing in further on the controversy, one of the former leaders said the intrigues were a clear indication the president had lost grip of his government.

“For me, it’s clearly disrespectful,” another former commander-in-chief said. “His (Buhari’s) appointees are hostile towards him and I think that’s not something we see regularly in governments across the world.”

The former leader said “not a single one” of his appointees ever made any attempt that could “remotely be deemed an act of insubordination.”

“Never did any of my appointees even tried to override a decision that had been concluded.”

One of the leaders recommended that heads should roll if Mr. Buhari must regain control of his government.

“I will recommend an urgent cabinet shake-up if there’s a way he could go about that before it’s too late,” the former leader said.

“That’s about the most important decision to take after today.”

The comments came hours after Mr. Magu, Mr. Buhari’s preferred nominee for the EFCC top job, was rejected for the second time in three months by the Nigerian Senate.

The senators hinged their decision on a security report authored by the State Security Service (SSS), which portrayed Mr. Magu as “a liability to the anti-corruption stance” of the Buhari administration.

The disparaging document was produced by the SSS despite President Buhari’s public posturing to get Mr. Magu cleared.

The SSS had last year written a similarly indicting letter to the Senate as its response to the Senate’s request for security appraisal of Mr. Magu in the confirmation process.

In the October 2016 letter, the SSS said Mr. Magu was involved in controversial matters including living in a house allegedly payed for by a man being prosecuted for corruption. It advised that Mr. Magu not be confirmed.

Based on the conclusion of the secret police, senators threw out Mr. Magu’s nomination.

But in another letter in January, Mr. Buhari requested that the Senate reconsider its position and clear Mr. Magu as substantial chairman, saying the allegations against him were false and baseless.

The EFCC chief has been operating in an acting capacity since he was first appointed by President Buhari in November 2015.

On Wednesday afternoon, Mr. Magu appeared before the senators for his confirmation hearing. He answered a series of questions on the activities of his agency.

But Dino Melaye, a senator from Kogi, shocked the nation when he indicated that the SSS had forwarded a new report insisting on the validity of its earlier memo and insisting the EFCC chairman was unsuitable for the post.

“In the light of the foregoing, Magu has failed the integrity test and will eventually constitute a liability to the anti-corruption stand of the current government,” Mr. Melaye, said quoting excerpts of the letter.

The botched confirmation could, however, be a fallout of a long-drawn battle for supremacy between different blocs in the Buhari cabinet.

PREMIUM TIMES had exclusively reported in mid-2016 how a major political crisis was brewing between the National Security Adviser, Babagana Monguno, and the Director-General of the SSS, Lawal Daura.

The division within the presidency was largely believed to be responsible for the embarrassing objection raised by the SSS against Mr. Magu last year.

It remained unclear how Mr. Buhari plans to approach the matter going forward. His spokespersons, Femi Adesina and Garba Shehu, did not answer or return calls seeking clarification on the matter.