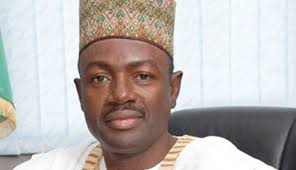 The Minister of Information, Mr. Labaran Maku has concluded plans to exit the cabinet of the President Goodluck Jonathan administration to run for the Nasarawa State governorship election.

Maku made this known at a special mass thanksgiving at the Catholic Diocese of Lafia, St. Patrick’s Parish, Akwanga, where he donated the sum of N7.6 million for the cathedral.

According to report by The Nation newspaper, Labaran Maku will resign on October 20 to join other candidates vying for the position in Nasarawa State.

Maku, in his words said he is going into the wilderness of Nasarawa State to stop the killings, miscarriage of justice and to liberate the masses.

“There is too much blood shed here. There is too much evil taking place here. There is too much destruction going on in Nasarawa State. The time has come for us to ask God to bring this era to an end. It is only God who can do it. We are asking God that as we step out voluntarily, which is very important to me, as we go into the wilderness, what He did for Moses, he will do for us by leading us to cross the Red Sea of politics, bring water out of rock, give us manna from heaven and pull down the wall of Jericho.

“There are many giants out there, all over, but like Caleb, we trust God that we will conquer. So all we need is prayer. I thank God for what he has done to me. But this sacrifice I am making is for my people, to liberate them,” Maku said.