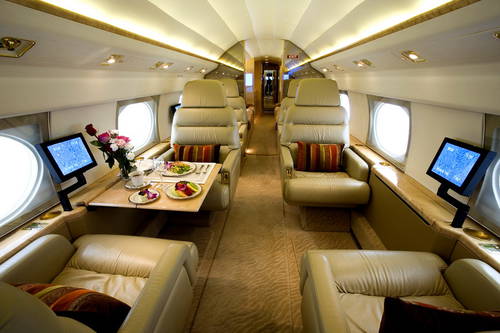 More than half of the N171.32 billion ($1.1 billion) paid to Malabu Oil and Gas for the procurement of one of Nigeria’s richest oil fields, OPL 245 by Shell and Eni was used to bribe Nigerian politicians and intermediaries who helped to secure the controversial deal, Reuters is reporting.

According to a letter seeking the help of UK’s Crown Prosecution Service (CPS) to freeze the assets of those involved, Italian prosecutors said some of the N83 billion ($533 million) slush money was used to buy private jets and armored vehicles.

“We are investigating many money transfers to many people in various countries who received sums that vary from millions of dollars to thousands of dollars,” Reuters claimed the letter reads.

Former oil minister, who was convicted for money laundering in France, Dan Etete, owns Malabu Oil and Gas. The company was incorporated five days before the oil block was awarded to it in 1998 during the regime of military dictator, Sani Abacha.
While trying to cover his link with the company, Mr. Etete registered the company with a fictitious director, Kweku Amafegha. The company also listed a fake address in registration documents.

Mr. Etete confessed to a British court in 2013 that former President, Olusegun Obasanjo, demanded  a slice of the oil block as bribe.

The Federal Government acted as a conduit for the fund after Shell and Eni raised concerns over transferring the money directly to Malabu due to Mr Etete’s conviction.

PREMIUM TIMES investigation revealed that after the money was paid to the Federal Government account, it transferred N120 billion ($801 million) to Malabu’s account.

The Attorney General of the Federation, Mohammed Adoke, and Minister of State for Finance, Yerima Ngama, authorized the transfers.

The company subsequently transferred the money to shady companies with fake addresses.

Despite overwhelming evidences showing that Shell and Eni are aware that the money would be paid to a character with a shady background, officials of the companies have denied any wrong doing in the affair.

For instance prosecutors said that a senior official of Shell had a face-to-face meeting with Mr. Etete over expensive “lunch and lots of iced champagne” few moths before the money was transferred to the Nigerian government.

An email presented during the trial also mentioned that the Shell official who feted with Mr Etete would refer to someone in The Hague known as “Peter” over the terms of the deal. Curiously, Shell’s CEO is named Peter Voser.

The Italian prosecutors are investigating the role of Eni’s former CEO, Paola Scaroni and his successor Claudio Descalzi, for alleged international corruption over the scandal.