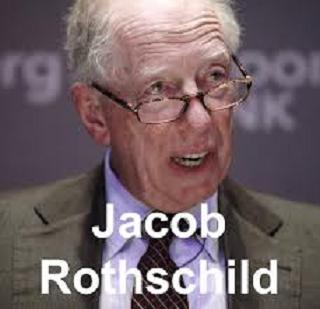 Until the discovery and recovery of the black box, the location of the plane will remain a question mark, especially in the eyes of relatives of the grieving Chinese passengers.

The situation has led to various speculations ranging from political vendetta to terrorism to an accident.

One more question mark is added to the muddled equation is a report that four members of a patent semiconductor were in the jet, leaving the fifth co-owner of the patent the sole owner now.

And that person happens to be billionaire Jacob Rothschild, an Illuminati member, sparking more conspiracy theories about the aircraft’s disappearance.

The company has been creating and developing embedded processors the past five decades, which Freescale described as “stand-alone semiconductors that perform dedicated computing functions in electronic systems.”

With the four co-owners of the patents in the same flight were 20 other Freescale employees who are mostly engineers and experts deployed in their chip plants in Tianjin, China and Kuala Lumpur.

Freescale said the co-owners and staff were going to China to improve the firm’s consumer products operation.

Among the other “intriguing factors” of Freescale are that its shareholders include the Carlyle Group of private equity investors with past advisers that include former U.S. President George Bush Sr and ex-British Prime Minister John Major.

Here’s another one, Carlyle’s clients include the Saudi Binladin Group, a construction company owned by the family of Osama bin Laden.

The Web site noted that four days after the jet disappeared, the U.S. Patent Office approved the semiconductor patent which is divided into five parts. One was held by Freescale and the four to Peidong Wang, Zhijun Chen, Cheng and Lu Ying Zhijong. All four were from Suzhou City.

Mitch Haws, vice president for global communications and investor relations, acknowledged the disappearance of the 24, who had a lot of experience and technical background, is a loss for Freescale.