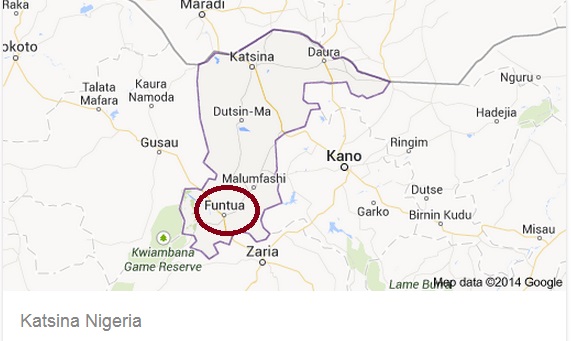 There was panic Tuesday in Funtua with the arrest of a man with explosive devices.

This incident occurred yesterday at Tudun Wada, Funtua, Katsina state. According to Muhammadu Rabiu Aligusami, Funtua, an eye witness, “a red Honda CRV jeep with reg no: MCH 796 AAA, passed me with an extraordinary high speed into town when I was walking on Kabomo road around 9:52pm in Funtua. On reaching Tudun Wada, the driver came out with something suspicious which was later found to be an explosive device and handed it over to a teenage girl around.

He further related to our NewsRescue correspondent that as the man was preparing to vacate the scene, vigilant people sitting-by ran toward and nabbed the man along with the girl the device later found to be a bomb was given to.

“The man was then beaten to a comma by the mob before the arrival of Nigerian police to the scene.”

Soldiers upon arrival sealed off the scene.

There have been several recent cases of female teen suicide bombings around Nigeria’s plagued north. It is suspected that these are unwilling and unsuspecting girls being forced to be couriers — given or strapped with explosives which are detonated remotely.

This would explain why females are more often used, possibly being easier to compel.

The general public would be wise to advise girls and children to run from suspicious people.

Some have suspected that the 234 abducted Chibok girks too may have been used and an State security official expressed in a Yesterday report that this is possible.