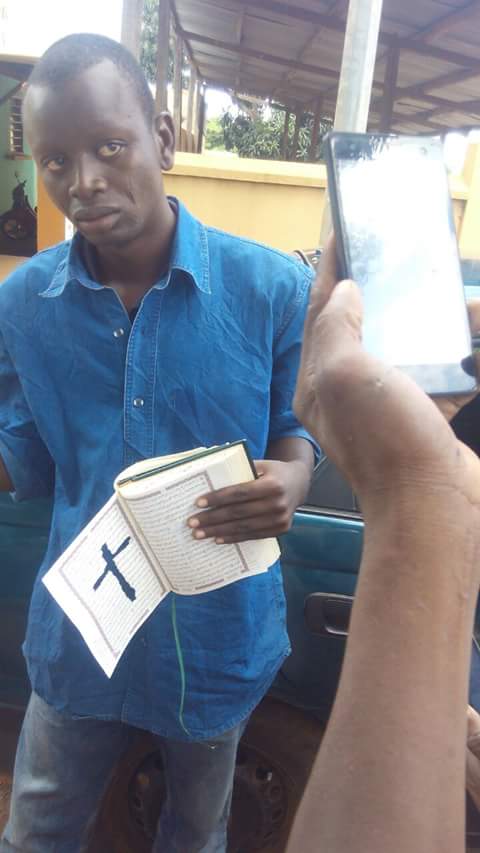 A Nigerian man’s hand reportedly got stuck to a Quran he was violating.

Pictured, the man appears clearly disturbed as he grips the Quran on which he had marked a cross on one of its pages.

Brendan Ortono, a commentator on NewsRescue said, “Yes, I was there, I confirmed it, we tried all we could to get his hands off the Quran but our efforts proved abortive. Even as i am talking to U now, his hands are still stucked to the Quran.”

Akani Anthony said, “it is true. we are looking for a way to cut off the hand. It is only 4 pages remaining in the Koran right now.”

The video of a Yoruba Imam who “witnessed it” commenting is below.