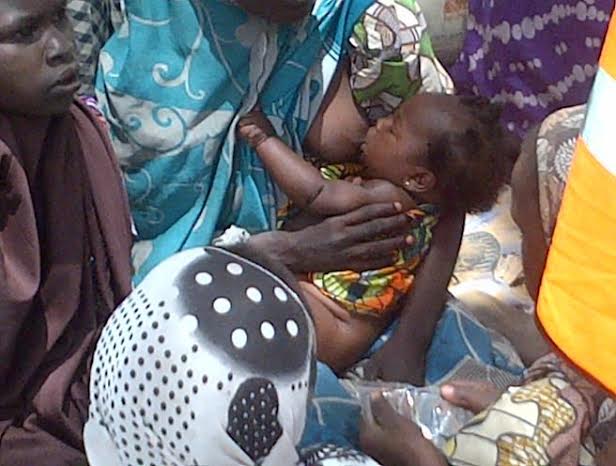 To simplify, maternal mortality is death caused directly or indirectly by pregnancy or its management within 42 days after the termination of the pregnancy, and infant mortality as the death of a child before his or her first birthday. The two are closely linked and are usually reported in ratios; death per 100 000 live births for the former, and death per 1000 for the later.

According to the World Health organization (WHO), Nigeria recorded about 40 000—plus other 1,600 AIDS-related maternal deaths—(i.e. about 560 death in every 100 000 live births) in 2013. But theoretically, for every one maternal death about 20 other women would experience ‘near-miss’ or debilitating injuries, usually with life-long consequences.

We could go on and on with statistics but the one disconcerting fact is: of the 196 countries in the world; Nigeria, by virtue of its population and high birthrate, accounts for about 13% of global maternal mortality! That is; of the global daily 800 maternal mortality, about 104 are Nigerians!

But guess what? We could have saved more than 35 000 mothers and over 30 000 infants who died in 2013, if they had received even the basic proper medical attention during pregnancy (antenatal), childbirth and after giving birth (postpartum). Even active exclusive breastfeeding. These have—as they have been, and still are, having—huge implications cutting across all sectors. From giving the country bad reputation causing capital flight, hurting the economy, to psychological consequences on the relatives, right through social deprivation of motherly care and love on the other siblings—tempering with their future…The upshots are far-reaching.

It implies that whatever strategy it is that we have in place must have been, at best, ineffective. Lives that could be easily saved with simple and effective follow-on surveillance are being lost, emotions muddled and whatnot.

Some people have opined that our health system be overhauled. I share their sentiment, however, for starter, what we have to do, as a matter of necessity, is to decongest our healthcare centers, advocate and invest heavily in preventive care, strengthen and widen the existing public private partnership and establish a sustainable intervention funding pool to afford identified priorities, which maternal and child health is one if not top of the list. But this is topic for another day.

Focusing on the maternal and child health and how we can improve the service, it is important we model out ways that fits correctly into our peculiarity as a nation. As established; hemorrhage, infections, high blood pressure, unsafe abortions and obstructed labor being the leading causes of such deaths largely due to inaccessibility, unaffordability, shortage of skilled birth attendants and dearth of quality health care amongst other factors, we could marshal out a practical, cost-effective and ‘indigenous’ strategies of dipping these worrisome figures, using the simple WHO building blocks (and control knobs) of health care system.

Firstly, to restructure maternal and child health (MCH) service, we have to detach it from its present spot in the current system. We need a separate division, streamlined top to bottom (from federal health ministry to state ministries of health through the three levels of our health care system—tertiary, secondary and primary), delineated as MCH division, with separate allocations in the national and state budget, to be pooled, allocated to it.

It basically should comprehensively cater for women and children 0—5 years old. It could come in the form of presidential intervention, joint effort or any appropriate means that would be sustainable. NAFDAC is a relatable example. Financing could also be shared among the three tiers in an appropriate ratios, say 30:50:20 from federal, state and local government endowments, respectively. But can also be done at states level downward—state, local government to council wards. The former is preferred, for sense of national direction. Intervention funds from World Banks and other donors should as well be properly allotted based on priorities. Partnership with non-governmental organizations should be strengthen and their roles mapped-out to fit into the agenda. Different roles can then be designated for each tier: federal, appropriating; states, coordinating and advisory; and local governments supervisory as they are closer to the populace. Or as the case may be.

As it is, although some states offer free health services to pregnant mothers and children 0—5 years old, Niger is an example, these efforts have only impacted few as government health centers are limited, hence modest outcome. We could attempt to increase coverage by partnering with some private hospitals and centers based on agreement and their identified competences and locations. By this singular partnering we would obliterate inaccessibility and associated inhibiting factors. An indigenous and patriotic financing arrangement, certainly not capitation, could then be arranged.

Secondly, well equipped tertiary healthcare centers wholly dedicated to maternal and child health parallel to our teaching hospitals, to be sited across geographic zones would serve to discourage those seeking child delivery elsewhere, thereby reducing capital flight from the economy. These centers main purpose would be to attend to those classified as ‘high risks’ during antenatal visits either due to predicted labor obstruction, anemia, and postnatal depression etc. Payment for services could be fixed either based on class, as in Singapore where citizens could pay from 20 to 100% for health service depending on his or her class and choice, or any appropriate means with consideration to social equity.

They can also serve as zonal cold-banks for maternal and childhood vaccines (a topic for another day). Taking Brunei as an example, its average birthrate steadied at 7000 for over 7 years now, but in 2008 and 2010, it recorded not even a single maternal death. Its average mortality rate for the last four year was absolute 3. By the year 2013, a $69 million comprehensive MCH hospital was completed. A continuous investment on health care infrastructures is not an option, it is necessary.

Further, according to the Nigerian Demographic health survey 2013, only 51% pregnant women had attended at least 4 antenatal care visits. This is unacceptable. At least 5 to 10 session is ideal. Appropriate research should be conducted to determine the hindering factors in the family and community, and apposite actions taken.

While in the meantime, community educators with science background (or to be trained), or more appropriately community nurses, at least 2-3 across each of the 9572 wards, should be employed. Their jobs would simply be to ‘man’ the community by actively searching for pregnant women in their immediate commune, offering family-based advices such as the need to go to the hospital, reducing exposure to wood fire, advocating for the use mosquito nets, avoiding unclean water and even taking roll calls etc. As majority of deaths and psychological problem often occur after birthing, they can actively monitor and re-link them back to care-center in a more organized manner. Aside employment being generated, people usually feel empowered and honored when their cares are personalized and taken to the community, as observed by the American Heart Association. How Polio Immunization foot-soldiers are deployed in the community is a classic instance.

Moreover, how service are delivered matters a lot. A simple hostility from a healthcare provider might discourage a pregnant woman from attending antenatal sessions. Pregnancy is a normal physiologic process, prone to complications and serious emotional fluctuation. Nurses and other health care providers’ attitude toward pregnant women should be taken as a matter of priority.

Lastly, a national evidence-based template inclosing guidelines for the appropriate number of antenatal visits, baselines for classifications and referral of ‘high risk’ and ‘low risk’, exclusive breastfeeding, provision of nutritional supplements such as folic acid (for all pregnant women), prophylactic and therapeutic ferrous fummarate (for anemic women), mosquito nets, tailored family advice (Video Compact Discs), Anti-tetanus toxoid vaccinations (given at intervals, noting recent recommendations such as that of ACIP), among other initiatives should be harmonized and adopted nationwide for uniformity and sense of direction. Meanwhile effective management leadership in all stages of the setup is as crucial as the whole setup itself. Competent people with relevant training and skills should be given the mandate to run the system.

To sum up, General Muhammadu Buhari, the incoming president, in his acceptance speech, said, “I assure…that Nigeria will become a more forceful and constructive in…matters of collective concern such as…communicable diseases and other issues requiring global response.”

Reducing child mortality and maternal mortality are a top global priority, named MDG goal 4 and 5, requiring global response, and Nigeria’s effort has been too ineffectual to not be restructured, especially now that post—2015 developmental agenda beckons at us.