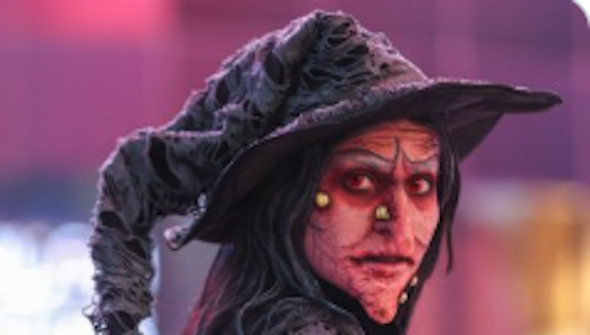 Under the reformist new ruler of Saudi Arabia, Islam’s headquarters, the kingdom celebrated October 31st 2022 halloween for the first time, with walking dead zombies, witches and other costumed citizens in jellabiya featuring on the streets of the kingdom.

Mohammed Bin Salman, the son of the ailing king, has aggressively engaged on a westernization campaign, including as he said, tossing out “non sound” or “daif” hadith for only the “most authentic,” or “muwatir” hadith and introducing live music festivals to the erstwhile strict kingdom. And now he has gone all out with one of the most controversial rituals associated with paganism, the western Halloween.

With some calling it a “horror weekend,” Muslims around the world have reacted in horror and anger at the kingdom’s new direction.

Halloween in Riyadh (Najd), Saudi Arabia
Beloved Prophet ﷺ had already said about Najd: “There will appear earthquakes and Fitnahs, and from there will come out the side of the head of Shaytan.” pic.twitter.com/4dv4xbNWgY

Celebration of Halloween in #Riyadh, #SaudiArabia.

Saudi forbids the commemoration of #ProphetMuhammad ﷺ because it is more ‘evil’ than celebrating Halloween! pic.twitter.com/Sc1sHJhuwX

These images were taken in Riyadh. The crown prince Mohammad Bin Salman, has started to allow Halloween Celebrations in Saudi Arabia, in the name of “reformism”. This is not reformism or innovation but rather dishonor and degeneracy. We do not accept this! 😡 pic.twitter.com/eVyRUSaqUQ

end of time is so near
Saudi Arabia now celebrate Halloween😞 pic.twitter.com/fMlmsJ3O3u

“If we do not wake up and take a stand, we will wake up one day before a hopeless generation that knows Islam only by its name..”