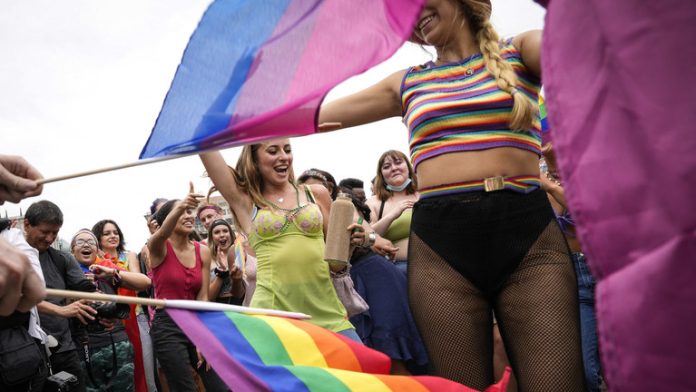 In order to respect human rights, Meta’s Oversight Board has decided that transgender and non-binary users should be able to post images of their bare breasts on Facebook and Instagram. Despite the fact that some female activists have been waging a “Free the Nipple” campaign for the past decade, the ruling does not apply to women.

In a statement issued on Tuesday, the company’s community standard on adult nudity and sexual activity must be amended “so that it is governed by clear criteria that respect international human rights standards,” according to the independent body of experts, which CEO Mark Zuckerberg refers to as Meta’s “Supreme Court.”

The Oversight Board reached this conclusion after reviewing the case of a transgender and non-binary couple from the United States. Social media posts in which the couple posed topless but with their nipples covered were flagged by other users and censored after an AI algorithm reviewed them. The couple appealed the decision, and Meta later restored their images.

Vienna museums are now open despite a lack of choice. OnlyFans created an account after becoming frustrated with other social media platforms censoring their nude art.
The company’s rules prohibiting the display of nipples, according to the board, are “unclear” when it comes to intersex, non-binary, and transgender users because they are “based on a binary view of gender and a distinction between male and female bodies.”

Meta should “define clear, objective, rights-respecting criteria” for regulating nudity “so that all people are treated in a manner consistent with international human rights standards,” according to its members.

“The same image of female-presenting nipples would be prohibited if posted by a cisgender woman, but permitted if posted by an individual self-identifying as non-binary,” the board clarified.

The board’s decision is not legally binding, but Meta must respond publicly within 60 days.

According to a company spokesperson, Meta “welcomes the board’s decision in this case.”