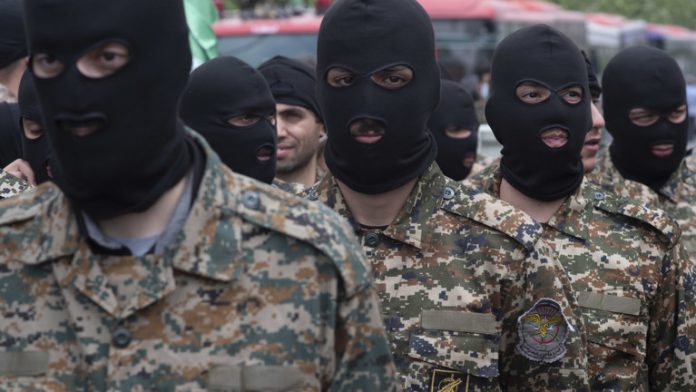 The European Parliament’s call to designate Iran’s elite Islamic Revolutionary Guard Corps (IRGC) as a terrorist organization will backfire, according to Hossein Amir-Abdollahian, the country’s foreign minister. He went on to say that Tehran would retaliate against Brussels’ move.

The IRGC is a separate branch of Iran’s Armed Forces, which have between 190,000 and 250,000 active personnel, according to various estimates.

“We have repeatedly stated that the Revolutionary Guards are an official and sovereign organization that plays an important and vital role in ensuring Iran’s national and regional security, particularly in the fight against terrorism,” Amir-Abdollahian said during a phone call with the EU’s top diplomat, Josep Borrell, according to a statement on the foreign ministry’s website.

According to the minister, blacklisting the IRGC would be “shooting itself in the foot.” He called the European Parliament’s resolution “emotional and unprofessional,” and vowed that Tehran would “take reciprocal measures.”

The European Parliament asked Brussels and the bloc’s individual member states to blacklist the IRGC “in light of its terrorist activity, repression of protesters, and supply of drones to Russia” in a document adopted on Wednesday.

Kiev and its Western backers accused Russia of using Iranian-made kamikaze drones in its strikes in Ukraine. Tehran said in November that it had supplied Moscow with some unmanned aerial vehicles (UAVs) before Russia launched its military operation in Ukraine in late February. Meanwhile, Moscow stated last year that it was only using Russian equipment in the conflict.

The news also comes amid protests and riots in Iran, sparked by the death in police custody of Mahsa Amini in September. Officials in Iran deny that Amini, who was arrested in Tehran for wearing a “inappropriate” hijab, was mistreated, claiming her death was the result of a pre-existing condition. Iran also claimed that the unrest was sparked by outside forces.