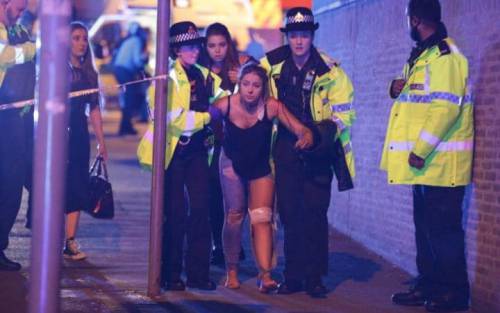 The British state security service, MI5, is set to hold an inquiry into how it handled warnings it received from some members of the public that the Manchester suicide bomber, Salman Abedi, was a potential threat.

Home Secretary Amber Rudd said the inquiry was in order after a 23-year-old man was arrested in Shoreham-by-Sea, West Sussex earlier on Monday, following suspicion of terrorism offenses.

Ms. Rudd declined to comment on what the security service knew about Mr. Abedi, but insisted it was right for MI5 to review its processes because “the threat is always changing.”

The home secretary said it was not for her to demand that a certain number of Temporary Exclusion Orders be used, but to make sure the security service has the “tools they can use” to protect the public.

“We need to put our efforts into protecting young people who are targeted by ISIS,” she said.

SaharaReporters learned that the Greater Manchester Police had executed search warrants at Whalley Range area of Manchester and in Chester after midnight on Sunday while a separate report was being prepared for ministers and those who oversee the work of the service.

Officials said Mr. Abedi was previously part of a “pool” of former subjects of interest whose risk remained “subject to review” by the security service and its partners.

Latest reports said 14 men had been interrogated in connection with the investigation into the attack.

Born in Manchester to Libyan parents, Mr. Abedi was reported to have fought against the Colonel Muammar Gaddafi regime with his father during the school holidays when he was 16 years old.

Two people who knew him at Manchester College, however, confirmed to have made separate calls to an anti-terrorism hotline to warn the police about his extremist views.

Meanwhile, Greater Manchester Police have made an appeal to the public for information about Mr. Abedi’s movements since May 18, when he returned to the United Kingdom from abroad.