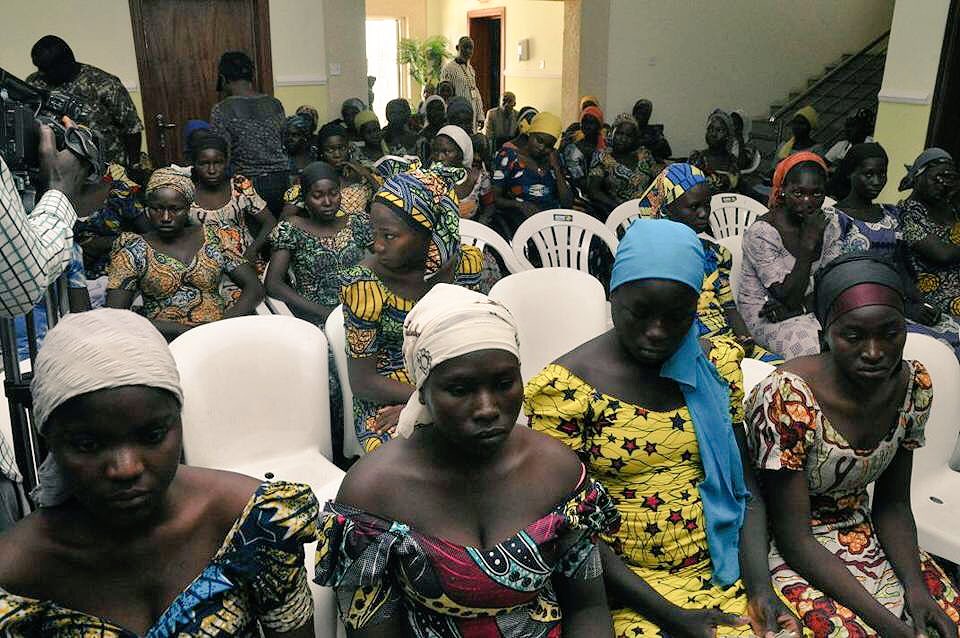 SaharaReporters broke the news that 82 Chibok girls abducted by Boko Haram over 3 years ago had been freed in a deal struck between the Nigerian government and the terrorist organisation. In a follow-up to the first verified and quite accurate report, the media again released details of the deal: two terror masterminds were freed by the Buhari government and a large sum of foreign currency was given to the terrorists in return for the liberation of the girls, Sahara reported. The Federal government of Nigeria later admitted that it did swap prisoners in the deal.

No price is too high to pay for the release of the Girls.The swapped commanders are 5 and not 2 as reported.

As we celebrate the freedom of our sisters and daughters, the details of the negotiation provoke serious worry. At what stage does Nigeria stop funding terrorists and paying them off? From one cycle to another, we pay terrorists to stop bombing our pipe-lines and to free our citizens. This encourages a continued terror-for-pay cycle.

Again, there is reason to be perplexed that terror masterminds have been released. Who was released? Was it men highly placed like the deadly Khalid Al-Barnawi? Over the past years, I have written severally quizzing why these people are not already dead. Nigeria seems to be the only country in the world bedeviled by terror that fails to kill captured terrorists. Somalia and Cameroon have notably sentenced their apprehended terrorists to death. Do we keep ours fed fat in jails for prisoner swaps? Are we encouraging terror by letting them know their men with us can be freed for the right cost or abduction?

In the past, I have written harshly against releasing terrorists to free the Chibok girls. I wrote to former president Goodluck Jonathan to never do so. In an article published May 15, 2014, I said, “If the Chibok parents so decide, we believe Nigeria can exchange some of those women and youth arrested who have not been directly involved in murder or rape in exchange for the girls.” I reminded the Nigerian governments of Jonathan and and later Buhari, that under no circumstance should killers and rapists be freed. A commandment of God is, “thou shalt not kill, and whoever kills shall be killed.”

Nigeria’s constitution is equally clear on terror. The Anti-terrorism act as amended strictly prohibits and rewards with prison sentences, anyone involved in aiding and abetting terrorists, which prisoner swaps and financial compensation is.

The Terrorism (Prevention) Act 2011 and Amendment Bill of 2012 with amendments to Section 17 states:

“Any person who does, attempts to do, threatens to do, promotes, assist or facilitates terrorism in any way or manner, or participates in terrorism financing, commits an offence and is liable on conviction to life imprisonment or to a fine of not less than N150Million or to both the term of imprisonment and the fine.

“Arranging and supporting terrorist meetings, harboring terrorists, obstructing terrorist investigations, being declared an international terrorist group or individual or failing to report terrorist financial transactions are offences which on conviction carry terms of imprisonment of not less than 3 years and not more than 20 years.”

The law prescribes death for terrorists and fines and imprisonment for anyone who assists them in any way, be they civilian or government official.

The law is clear.

Paying money to terrorists is an unquestionable travesty. Victims should be compensated and not the other way around; as I have earlier emphasized: “any form of amnesty must not include what would be reverse ‘Diyya,’ (blood money) i.e. Compensation for terror instead of compensation to the victims.” Only terror victims have the right to free the terrorists for “blood money.” Paying terrorists especially those actively engaged in war against the federation and its neighbors for whatever purpose is ultimately funding the terrorists and a violation of Nigeria’s security and sovereignty. 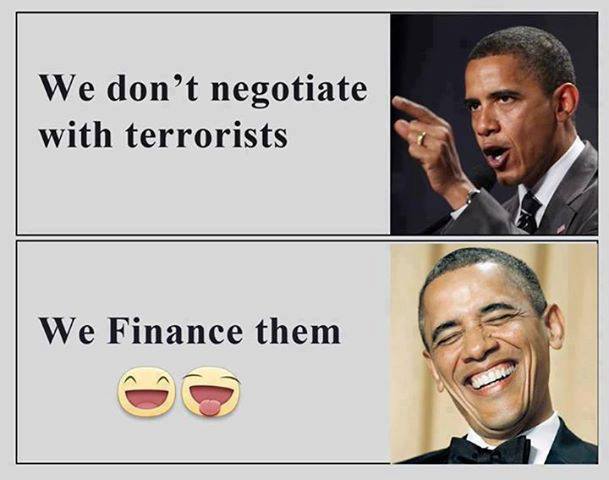 We have harshly criticized France for reportedly paying Boko Haram millions to free French citizens. It was these millions the terror group used to buy weapons to decimate Nigeria’s north east. And even if the Nigerian army succeeds in expelling Boko Haram, the suspected millions of dollars Buhari has just paid the group according to media reports, will be used to buy weapons to continue their recently amplified assault on Cameroon and Nigeria’s other neighbors, as well as fund ISIS/Daesh, their Middle east partners. There are reasons why nation’s set policies to never negotiate with terrorists. It is not ‘simply’ bad precedence but directly sponsoring and funding future terror.

If our military was as efficient as it should and as it claims to be when it crushes unarmed civilian protests in Onitsha and Zaria, it should make raids to free the girls and other imprisoned Nigerians, rather than support amnestys and prisoner swaps. Though raids may be deadly on the short-run, they are better for the long-run in national security and terror-prevention terms than swaps and pay-outs. Military press releases claim Nigeria is free, yet we hear of thousands being liberated every other time and now 82 girls popping up. Where are all these people and what is really going in in the extremes of Borno state? How many more Nigerians remain under Boko Haram rule?

So while we celebrate the release of the Chibok girls, we must pray and advice our government to desist from negotiating with terrorists no matter the condition. We know the Chibok girls made global headlines. We all participated in that, however as much as we continued to pray and hope for them, some of us did not support the idea of their exclusivity while tens of thousands of other Nigerian children remain equally captive under Boko Haram. This is why I for one never distracted or otherwise criticized the Buhari government as pertains to preferentially freeing the Chibok girls. Liberation of the northeast and all its helpless victims was and remains the focus with the Chibok girls as only a part of this large problem.

Chibok girls is a symbol but not a reason to break Nigeria’s and God’s laws. Politics must never supersede ethics and fundamental principles.

Welcome back girls. Thanks for your prayers; you were always in ours too.