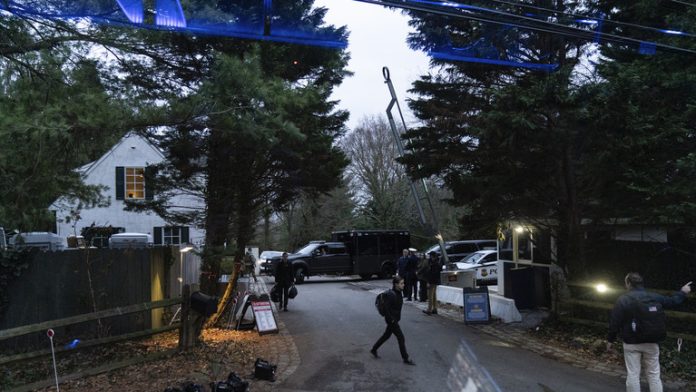 A White House lawyer said on Saturday that he discovered five pages of classified information at US President Joe Biden’s Delaware home, just days after claiming that three separate stashes of secret documents were discovered at addresses associated with the president.

Richard Sauber told reporters that he went to Biden’s house on Thursday to collect a single page of classified information when he discovered “five additional pages with classified markings” alongside it.

The documents were immediately taken possession of by Justice Department officials accompanying Sauber, he added.

In addition to the discoveries inside Biden’s home, Sauber admitted this week that classified documents were discovered by Biden’s legal team at an office at the Penn Biden Center for Diplomacy and Global Engagement, a think tank affiliated with the University of Pennsylvania, and in Biden’s garage.

Both discoveries occurred in November. According to CNN, the Biden Center documents, which date back to Biden’s time as vice president, contained sensitive information on Ukraine, Iran, and the United Kingdom.

On Friday, Attorney General Merrick Garland, a Trump appointee and ally, announced the appointment of a special counsel to investigate Biden’s handling of the documents. Garland appointed a special counsel in November to investigate former President Donald Trump’s alleged mishandling of classified files, following an FBI raid on Trump’s Mar-a-Lago estate in August that uncovered hundreds of government documents.

Trump claims that he declassified the documents before they were removed from the White House in 2021. Prior to the discovery of his own private stashes of confidential files, Biden called Trump “totally irresponsible” for the Mar-a-Lago incident.