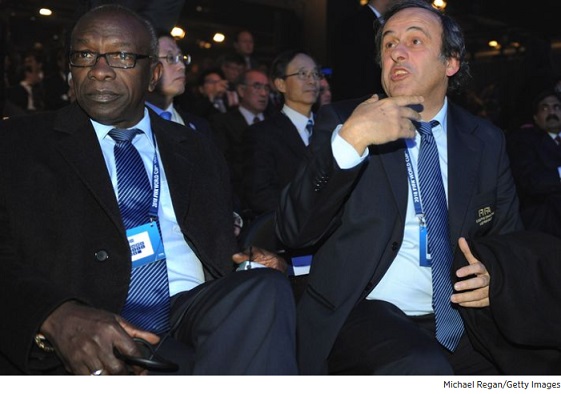 Jack Warner allegedly solicited bribes from multiple countries to secure votes for their 2010 World Cup bids, then stabbed them in the back when South Africa was willing to pay more.

Former FIFA vice president Jack Warner accepted a $1 million bribe to back Morocco’s bid for the 2010 World Cup, but gave his support to the South Africa campaign because it gave him more money, the Telegraph reports. South Africa was awarded the bid despite the fact that Morocco allegedly earned more votes, according to the report.

Morocco was not the only casualty of Warner’s loose morals. The Telegraph reports that sources associated with Egypt’s campaign claim Warner was offering seven World Cup selection votes at a price of $1 million each. Egypt did not receive a single vote as a result of what the Telegraph called an attempted “triple cross.”

Warner was one of the central figures nabbed in an investigation by the United States Department of Justice that found rampant corruption throughout the highest levels of FIFA leadership. Charges included wire fraud, racketeering and money laundering.

The World Cup selection process may be the most clear example of FIFA’s corruption. Another FIFA executive, Chuck Blazer, admitted he solicited bribes from the South Africa campaign, and the selections of Russia and Qatar for the 2018 and 2022 World Cups have roundly been called into question.