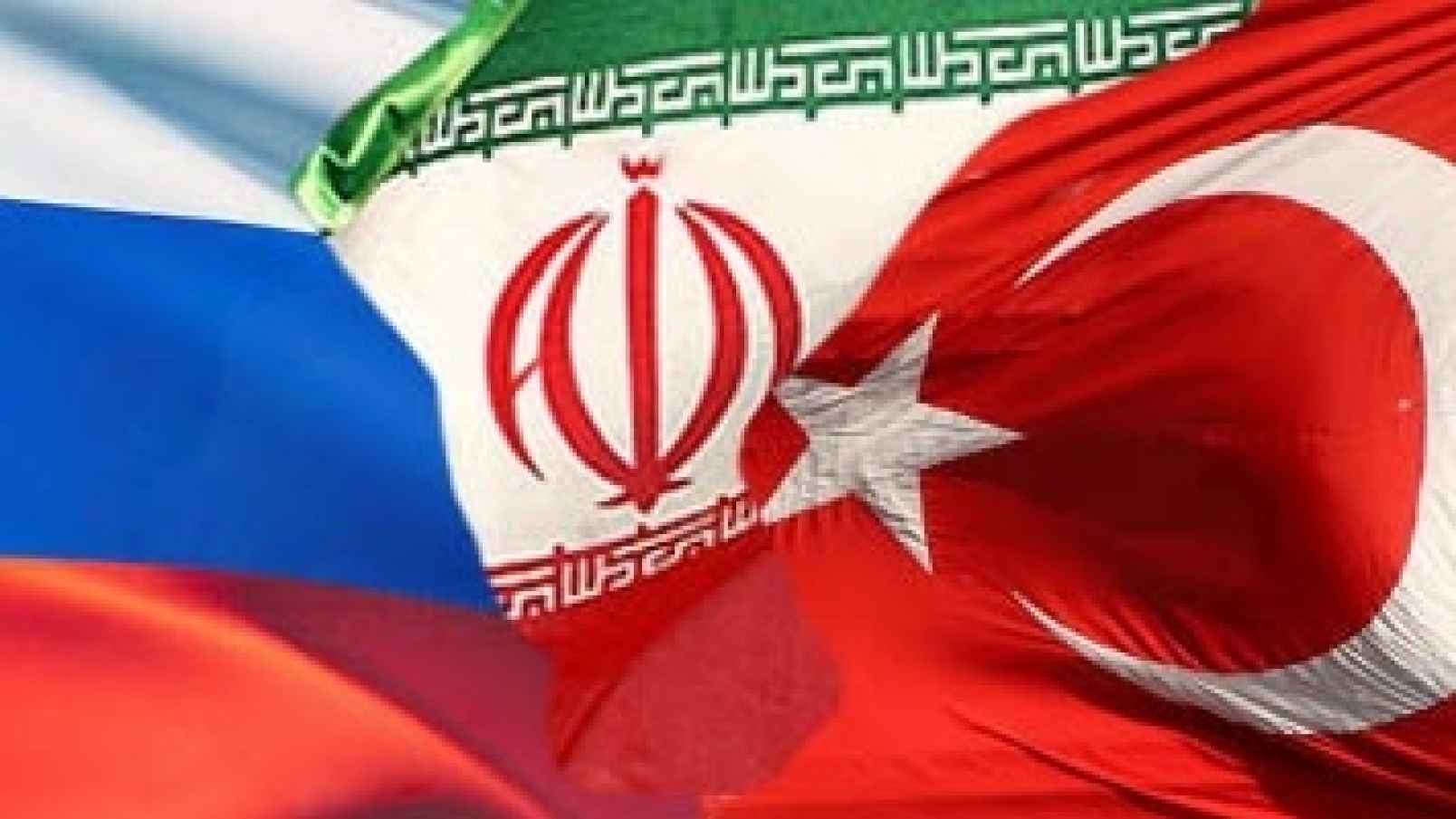 During the time when the Syrian civil war was beginning to escalate to grave levels, I expressed many times, both in my columns on international media and on TV interviews, that a permanent solution can only be possible through the Turkey-Iran-Russia alliance. I mentioned that the tripartite alliance would establish a substantial power in the region, that it would bring a definitive, effective and logical solution for Syria, and that it would guarantee Syria’s, hence Turkey’s territorial integrity.

The tripartite summit held by the Ministers of Foreign Affairs of the three countries on December 20th is a manifestation of this important wish. In the joint declaration issued after the meeting, decisions were reached on basic issues such as declaring a ceasefire in Syria that will encompass the whole country, the initiation of the peace negotiations between the government and the dissidents, and the protection of Syrian territorial integrity. And Russia, Iran and Turkey will be the guarantors of the implementation of the declaration.

The said declaration expressed “respect for the sovereignty, independence, unity and territorial integrity of Syria without regard to ethnic origin, religion and denomination,” and promised “uninterrupted, safe and reliable evacuation for the civilians and the armed opposition from Aleppo”. This decision concerning Aleppo constitutes a significant response to the unfair criticisms of some circles directed at Iran.

The fact that the assassination of the Russian ambassador to Ankara in Turkey right before the meeting did not discourage all the parties is undoubtedly the most important indicator of the determination against terrorism. This treacherous assassination is an evidence of the distress of certain deep powers that have been against a Turkish-Russian-Iranian alliance in the region for a long time.

It should not be forgotten that the aim of terrorism includes but is not limited to weakening the governments of only the countries facing terrorism, spreading fear among public and promoting discrimination. The purpose of terrorism is to change a country’s image to dubious and unsafe in the eye of other countries and communities. This method has been repeatedly attempted, especially when it comes to the Iran-Turkey-Russia trio. Andrey Karlov, a person we know and love, being shot from back in a treacherous, insidious and coward manner, especially before such a critical meeting, is a clear indication that the same ploys are being played out once again. Russia and Iran have seen through this vile scheme and by proceeding with the meeting as scheduled, they did not give what the terrorists’ want.

Lavrov’s following words at the meeting are striking:  “We believe that while even the UNSC fails to take a decision in this direction, our countries can play a role in the efforts of reviving solutions and humanitarian aid.” This is an accurate verdict. It is a known fact that the UNSC has not taken any decision about Syria for a long time. As a matter of fact, the UNSC is intrinsically far from producing a solution for Syria. The Middle East policy of the West operates within a deep state policy that has been forcibly made dominant in the U.S. and Europe. The goals and intentions pursued by these deep state structures on Syria are different. The new Middle East map, which was drawn behind closed doors and tore many countries apart, was devised by these circles. These circles are planning to launch the project of a divided Middle East first in Syria. Therefore, rather than solving the problems in Syria, they aim to separate it into various sections.

For this reason, three friendly countries that are influential in the region coming together and taking a rational, friendly and completely peaceful decision beyond profound plans is a very special and elating development for Syria. This is the reason why we have been pointing out right from the beginning to the three countries in question and laying great stress on the fact that the solution can only be possible through the consensus of these countries.

Another important point is that these three countries are all aware of the deep schemes pursued on the region. For this reason, these three states are consistently thwarting the treacherous plans on the region. This situation is impeding various circles that seek dissension in the region, and having fallen short on their goals. Then these circles find the solution in inciting turmoil within Turkey or Iran. But this scheme is not working. The parties have now realized that the effective solution of terrorism and foul schemes is through alliance and stronger friendship. It should not be forgotten that terrorism can intimidate the weak; but it strengthens the bonds between the rationalistic countries that are well-acquainted with the true nature of terrorism.

The agreement reached in Moscow will surely lead to favorable developments. However, the taken decision brings along some obstacles that need to be overcome. The most important of these obstacles is the cumbersome political conception. From this stage on, Iran, Russia and Turkey should no longer act with a cumbersome and bureaucratic political conception, but rather with a swift sense of alliance. They have already shown that they were capable of doing this.

Friendship is a term that does not receive much recognition in politics. The materialist and dialectical conception, which is served to the world under the name of Clash of Civilizations, has turned the states into selfish masses that act only in self-interest. This is also the main reason the large majority is so indifferent to disasters in the world. Iran, Russia and Turkey have largely shattered this egoistical political conception and introduced friendship, the greatest need of diplomacy, to politics. Lavrov’s statement on Russia, Turkey and Iran in favor of no alternative to political and diplomatic settlement of the crisis in Syria and does not see military solution to the problem, has crucial importance. This conception should be further reinforced and optimum cooperation and solidarity should be achieved by removing the bureaucratic obstacles.

Grieving Syria will be able to recover from its wounds thanks to the friendship and alliance between these three countries. There is nothing that can hinder us in this regard. Neither pressure, nor threats, nor terrorism manages to discourage us; no deep power is able to bring these three countries to their heels. It should not be forgotten that the alliance built upon friendship and peace means a great power, and this power will take the wind out of the sails of those who benefits from the war in Syria.