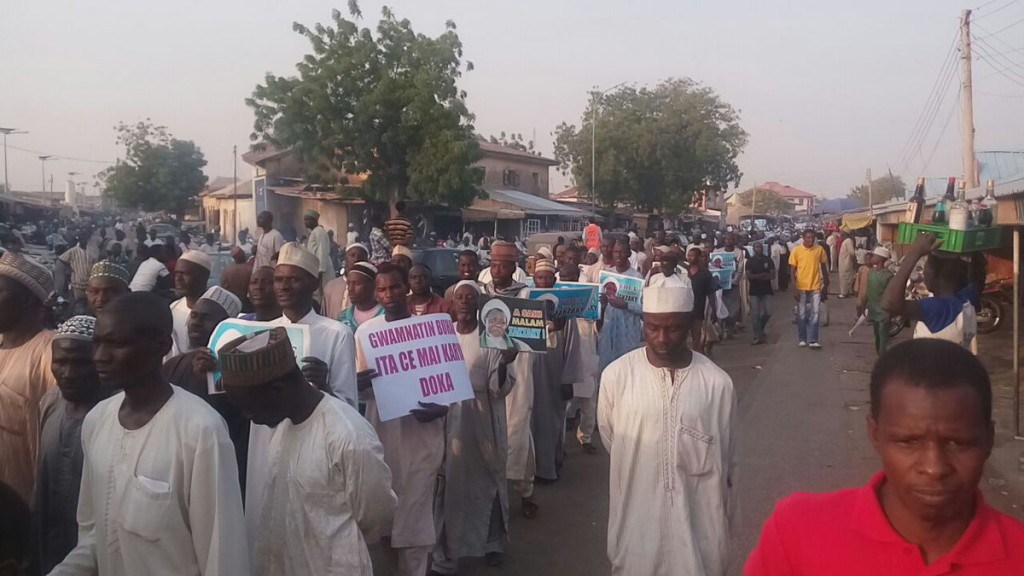 Thousands of IMN members on Wednesday held protest marches in major cities across northern Nigeria to demand the release of their leader, Ibrahim El-Zakzaky, who has been in detention without trial since December 2015.

The cleric was detained after over 300 members of the IMN were killed by soldiers who accused them of blocking the road and plotting to kill the army chief, Tukur Buratai. The IMN denied the army’s claims.

The protest by the Shiites occurred despite a ban on processions and rallies by governments and security officials of some of the states.

The protests took place in Kaduna, Katsina, Sokoto, and Kano states as well as the Federal Capital Territory, FCT.

There was also similar protest at the Nigerian embassy in Tehran, Iran.

The federal government has refused to release Mr. El-Zakzaky despite a court order issued last December.