@MBuhari went to Saudi & Qatar looking for help & investment. His “goodies” for them was he murdered 1000+ Shiites & destroyed #Husseiniya

To this day Saudi Arabia & Qatar have not rewarded this wicked & evil tyrant @MBuhari but the Saudis recently sent him 200 tonnes of dates!

Today Saudi Arabia & Qatar are fighting each other. Qataris are singing like birds to whoever care to listen of how they supported terrorism

In 2014 two Saudi & Qatari firms imported 35,000 Toyota vans from Japan & handed them to #ISIS to invade #Iraq. Americans approved of this

How do we expect the world to respect Africans when a tyrant like @MBuhari will kill 1000+ of his people to please an Arab savage king?

When Pres. @MBuhari was in Qatar he claimed he slaughtered 1000+ Shiites to curtail Iran’s influence in Africa. Today #Iran is feeding Qatar 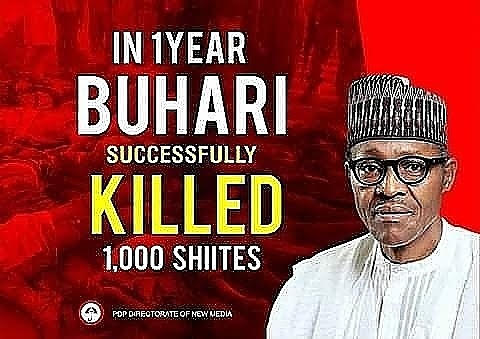 Saudi Arabia, Qatar, UAE and Jordan have been involved in purchasing 60,000 Toyota pickup trucks that have been supplied to the ISIL terrorists in Syria and Iraq, Toyota customers’ list in the Middle East shows.

After photos of hundreds of ISIL’s Toyota pickups seized or targeted by the Syrian Army were sent by the Russian army to the Toyota Company in Japan, the company revealed a list of its main customers that have bought the vehicles.

The customers’ list shows that a Saudi firm has purchased a sum of 22,500 trucks, Qatar 32,000, the UAE 11,650 and the Jordanian Army 4,500 vehicles from Toyota company. The Jordanian Army had received loans from several Saudi banks for payments.

A large number of the purchased-vehicles by the four Arab countries have already been delivered to the ISIL terrorists in Syrian and Iraq.

Informed sources have confirmed that ISIL has received over 60,000 Toyota vehicles.

The US official had previously announced that they want to conduct a probe to find out that how ISIL had received these vehicles, but analysts said further that Washington itself had been involved in export of hundreds of these pickup trucks to Syria.