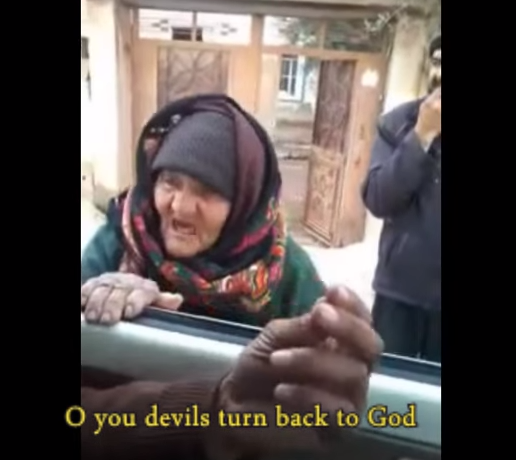 While these ISi youth mocked her, this brave lady stepped to ISIS men and warned them that they were misguided children and were doomed. She castigated them for killing innocent people and brothers of the same faith, also admonishing them for the Kurds they were killing.

The brave Grandmother quoted verses from the Quran to buttress her point giving them examples therein of how evil peoples and nations in the past were wiped out and replaced for better ones by God. She reproached them in detail, telling them that all they do is get weapons from the very America to kill each other.