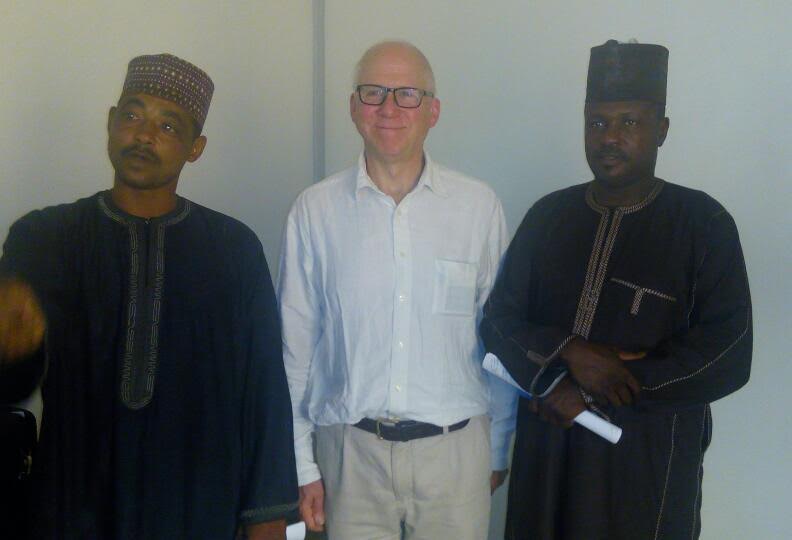 The day started as usual with a very hot wheather, it is heat season in Kano Nigeria. Thursday the 12th of May 2016 and my destination was the office of ENABLE 2.

ENABLE is a DFID funded program, its programs and projects are explicitly implemented by Adam Smith International and Springfield center UK. The promoter of this concept, DFID, is The Department for International Development, it is a United Kingdom government department responsible for administering overseas aid. The goal of the department is “to promote sustainable development and eliminate world poverty”.

I was there as a partner to Enable, haven gone there to represent an organization in partnerships with Enable, i was opportuned to undergo three different trainings. These trainings includes an advocacy training, a Fundraising training, and the most intresting is the third of them all, a Media Relation training. Sorry to say that these trainings i undergo are very expensive trainings, expensive in the sense that after the training you will tend to believe that education is surely the key.

Hajiya Fatima B Aliyu is the wife of the renown well respected Sheikh Ibrahim Khalil in Kano,she is the ‘ENABLE’component Manager handling our partnership, and as usual, i got an Email that our media relation training is scheduled for Thursday the 12th of May.

Two of us were selected from our organization and my partner in person of Nasiru Abdulhamid Dantata was already ready through his phone call and we set for ENABLE office by 8:30am since the scheduled time was 9am. Immediately we reached, we discover that our other selected colleagues from Katsina, Jigawa and other states where all present, we all interacted amongst ourselves, talked about our past trainings and how it had impacted our knowledge.

Then, our attention was called upon, so we all entered the conference hall at ENABLE office, the same office we had our first training, but this training was unlike the last we had,  which was conducted at Tahir Guest Palace with a hotel touch. This doesn’t mean that ENABLE’s conference is not spacious.

I was opportune to meet some new faces, journalists to be precise, from various organizations, both the mass media and the print media organizations, but the most amazing meeting i had was with Oliver Wates.

Oliver Wates is a journalist with Reuters, powered with journalistic prowess. Oliver Wates had worked as a journalists for over 40years, he has travelled almost over the world, especially war torn countries and have received media training in over 65 countries.

Oliver Wates is an Experienced trainer in journalism and media, with international journalistic background. An independent media and journalism trainer since 1998,

Oliver spent 21 years as a full-time correspondent for Reuters News Agency. Working in Latin America, south west Asia and Russia, he reported on everything from war and terrorism to politics, economics and sport, and led Reuters’ coverage of the collapse of the Soviet Union in 1991. Oliver now designs and delivers workshops in English, Spanish, Portuguese and Russian to journalists, ministers, civil servants and
communications professionals, and his clients include Reuters Foundation, European Journalism Centre, the United Nations Office for the Coordination of Humanitarian Affairs and the World Health organization, Mr. Wates was the facilitator of this media training.

It has been a privilege to meet you, i said to him and with a journalistic smile he replied “thank you Alhassan” while my initial intention was to use the opportunity to interview Mr. Wates on range of issues, my intentions was cut short with my attention called upon by my colleague Nasiru Abdulhamid Dantata. Though I only left with a new interest to come back and had a discussion with him, we all went for lunch, this was after the earlier tea break we had some two hours back.

Oliver Wates have since left for another country to engage other professionals but back here he left a mark of knowledge.