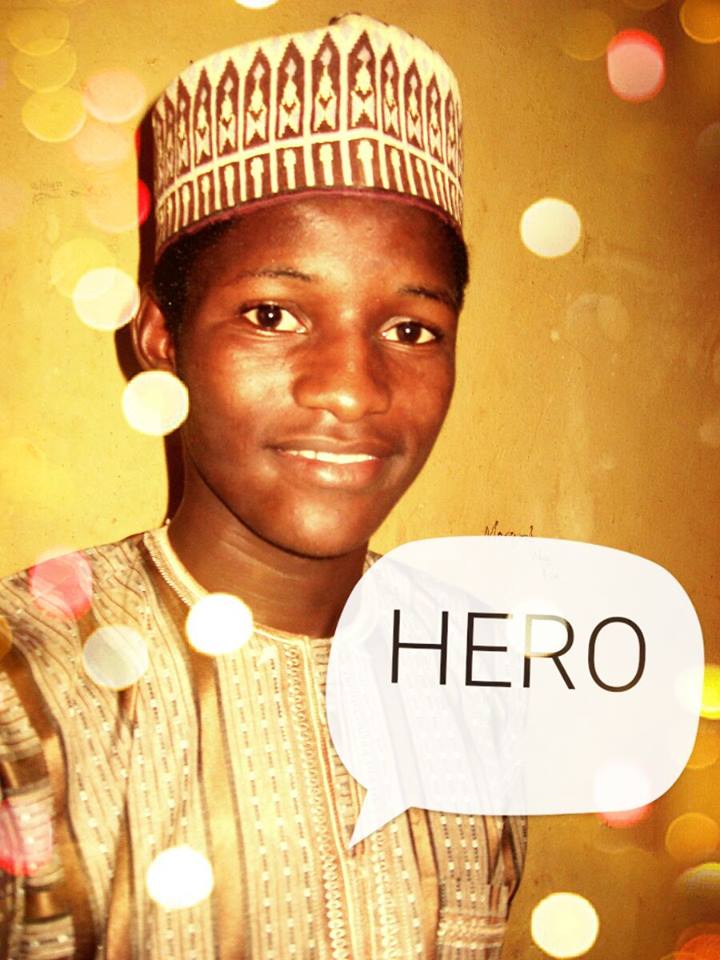 #ZariaMassacre: Muhammad Mu’azu, 100 Level Student of Water Resources and Environmental at Ahmadu Bello University Zaria. He was missing since the attacked of Nigerian government through its army on 12 in the month of December 2015 on members of Islamic Movement in Nigeria led by Sheikh Ibraheem Zakzaky at Husainiyyah Bakiyyatullah, Zaria.

Recently, before he went missing, he had just become a Hafiz, memorized Qur’anil Kareem at School of Darur Mahdi situated in Sabon Gari LGA. He also teaches the the holy Book. He grew up very brave and intelligent. His Sister in one of her tribute to him expressed that: “he received awards right from his primary school days. One of which was the best student in Sabon Gari LGA when he was in primary 6.”

Muhammad and his younger Brother, Ali Mu’azu are like friend to me, likewise I take them as Brothers, we gist together when we met, we exchange ideas. There primary motive is how can they contribute to the development of Islamic Movement led by Sheikh Zakzaky.

During my interaction with Muhammad, I recognized that he has a gifted brain, was very creative when it comes to science and technology; he has caring mind, brave attitude, kindness, sacrifice, faithfulness, love for his kinship, obedience to parents and so many other influencing qualities.

Muhammad is a hard working person who always dedicated his time for reading and researching. Muhammad he is a Computer literate who at his young age he is able to used computer. It is on my memory that; Muhammad he is the first Person that took me to CAFE (a place where people pay to browse), we open a lot of touchable, knowledgeable and influencing website. He try to see I learned how to use the computer.

What I learned from his life-time is beyond measured. Today being the 12th in the Month of April, we witness another additional one year to make it 19 years, but he is not with us. We don’t know where he is, and if he is alive? Or he attained matrydom? Almighty Allah knows best.

Happy Birthday Brother, Rest in Jannatul Firdaus. I miss you.