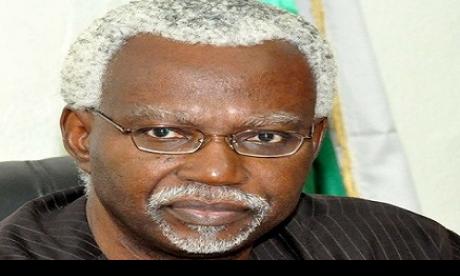 The Independent Corrupt Practices and Other Related Offences Commission has come under fire over its decision to clear officials of the Police Service Commission(PSC) caught defrauding the government using inflated contract and bogus claims.

‎The ICPC, in an August 6 report after investigations of corrupt allegations levelled against the Commission, revealed that Mike Okiro, former police Inspector General and now chairman of the police service commission, collected N350 million to train 900 PSC staff, whereas the staff strength of the body is 391.

The money was also meant to cover physical monitoring of police personnel during the last general election.

The investigation came after one Solomon Kaase, a staff of the PSC, petitioned the ICPC last May over alleged moves by Mr. Okiro to swindle the PSC to the tune of N275 million.

In their investigation, the ICPC discovered that the Mr. Okiro-led Commission held training of staff only in‎ Abuja whereas they were paid for trainings in Abuja, Lagos, and Kaduna.

The PSC was also found to have paid daily travelling allowances to all staff, including those based in Abuja, who participated in the training programme held within the Federal Capital Territory.

“Air tickets were paid to management staff and others who monitored elections within Abuja and its environs; even at locations were airports do not exist such as Lokoja and Minna,” the ICPC report stated.

“PSC Chairman collected money for two conferences that ran simultaneously in Dublin and Orlando, Florida, expending ticket fare for the Dublin trip only. However, he had written to the Presidency to expend the ticket fare for Abuja-Orlando-Abuja on another trip coming up in October, 2015.”

In its recommendations, the ICPC directed Mr. Okiro to remit N133 million of the N350 million he received for staff training and election monitoring to the ICPC recovery account at First City Monument Bank.

The ICPC also directed the PSC staff who were paid two-way return tickets and airport taxi fares to locations within the FCT and surrounding states during the monitoring exercise to refund N11.75 million.

The anti-graft Commission, however, stated that there was no act of criminal infraction against Mr. Okiro as all the outlined issues “are administrative in nature and within the ambits of career public servants handling”.

The recommendations by the ICPC on the Mr. Okiro-led Commission has generated angry reactions from civil society groups.

Last week, the Civil Society Network Against Corruption, a network of anti-corruption groups, disagreed with the ICPC’s directive that the N133 million be paid into its recovery account with the FCMB.

The group stated that the money ought to be remitted to the Federation Account in line with the federal government’s directive that all agencies maintain a single account with the Central Bank of Nigeria.

On Monday, two civil society groups‎, Access to Justice and the Network on Police Reforms in Nigeria, described the ICPC’s recommendations, after it had found that money had been misappropriated, as “quite unsatisfactory and logically flawed”.

‎”Judging from the ICPC’s statement, it is fairly evident that, from the start, an intention to misappropriate funds was clearly incubated, set in motion, and manifest when the Commission projected to train 509 more staff than it actually had; in other words, the Commission received training monies for a large retinue of ‘ghost staff’‎,” the groups said in a joint statement signed by Joseph Otteh and Okechukwu Nwanguma, heads of the respective groups.

“Those preparatory steps were subsequently consummated: the Commission got taxpayer monies based upon the misrepresentations it made, and held on to the money that remained afterwards.

“As the ICPC found, the Police Se‎rvice Commission even knowingly paid its staff based in Abuja return air ticket money for a programme that held in Abuja, yet another fraud.

“How these corrupt practices and deceptions could come to be characterised by the ICPC as merely ‘administrative in nature and within the ambits of career public servants handlings’ is baffling.”

The groups recalled that in 2008, a former health Minister and a Senator were arraigned and prosecuted for their failure to return to the government coffers unspent funds in their Ministries and Committees respectively.

“The ICPC’s working definition of criminal corruption sets our alarm bells ringing; it is clearly too flawed and deficit to help Nigeria’s war against corruption.

“If there were no criminal acts committed, it becomes open to question the business of the ICPC in ordering the PSC to refund money. The ICPC’s mandate, it may be said, extends only to the investigation and prosecution of acts that constitute corrupt practices.”

The groups also joined the growing list of civil societies demanding the resignation of Mr. Okiro, the PSC boss. The ICPC report merely stated that he refund N133 million to the government.

The PSC exercises disciplinary control over police officers and is responsible for ensuring that police officers comply with all police laws and regulations, including those on corruption,” the groups said.

“Where the PSC cannot effectively perform its oversight disciplinary responsibilities, a huge disciplinary and control gap will be created within the Nigerian police force, which will, consequently, further entrench and facilitate systematic corruption within the institution.

“The continuance of the present incumbent of the office of the Chairman of the Police Service Commission is, therefore, no longer tenable. It is in the best interest of the body and for the sake of preserving the PSC’s ability to effectively perform its constitutional duties, that we are therefore demanding that he vacate the office now,” the groups said.