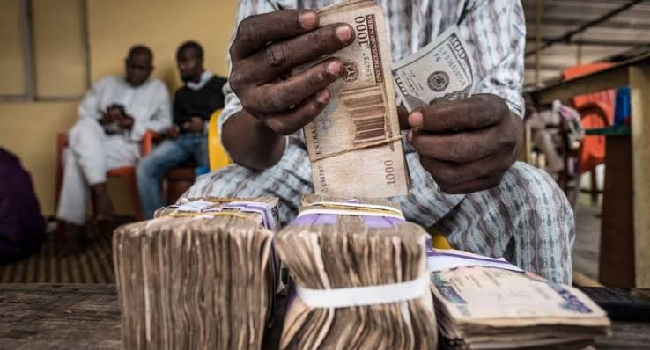 The Nigerian currency had a good day at the black market as traders reduce what they were demanding to sell dollars to Nigerians.

Checks by Ripples Nigeria showed that the exchange rate between the naira and the US dollar strengthened on Wednesday, 16th November 2022, closing at N790/$1 compared to N800/$1 recorded as of the close of trading activities on Tuesday.

Although the exchange rate remains highly volatile with varying rates across markets, as different traders contacted quoted different rates based on locations.

However, at the official market, Naira continued its poor run against the US dollar.

FMDQ securities reports that the naira closed against the US dollar at N446.67/$1 at the Investors & Exporters window on Wednesday, the same rate it closed on Tuesday.

Meanwhile, FX turnover at the official market increased slightly to $86.41 million on Wednesday from $84.89 million that was traded on Tuesday