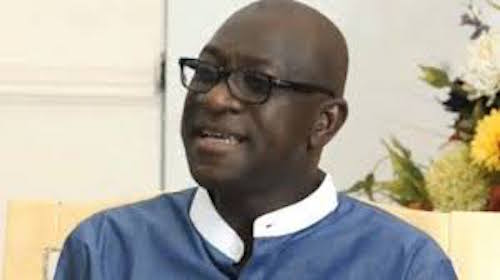 The acting president had questioned the extent of changes made to the 2017 appropriation bill by the federal lawmakers, who replied that the national assembly acted within the law and is not a rubber-stamp body.

In a statement on Monday, Jibrin said action of the acting president is the “most generous concession in budget negotiation by a president since 1999″ because once the budget is signed into law, the executive it bound to implement it, whether it is corrected or not.

Jibrin recalled that in 2016, President Muhammadu Buhari refused to sign the budget until all ‘grey areas’ were resolved and corrections effected by the lawmakers.

“He (Osinbajo) further stated that he agreed to sign the budget after the assurance of commitment from NASS to restore the lifted funds. That demonstration of faith in NASS was unprecedented, and the most generous concession in budget negotiation by a President since 1999,” the statement read.

“No any President has ever agreed to sign the budget into law on the basis of extracting a commitment from NASS. In this case of Ag President Osinbajo, perhaps beyond the respect he enjoins, he must strive to also be feared, through resistance to compromising settlements in his relationship with NASS.

“The reason isn’t far-fetched all attempts to flatter and hoodwink President Buhari into signing the 2016 budget, by assuring to make corrections later, met an impenetrable brick wall. He saw through the smokescreen, and thus even refused to be blackmailed by threats of possible backlash from NASS if the budget is not signed before corrections are made and also the need to save time.

“No President was ready to take the risk with NASS but Osinbajo did, as it appeared like striking a deal with an untrustworthy partner. Whether this seeming pact is calculated or not, is left for time and the scrutiny of vigilant and critical Nigerians to determine. What is obvious, however, is the Ag President has played into the hands of NASS.

“What the Ag President has given to NASS is a victory it has never had in the budget process since 1999, understandably to strengthen the relationship between the two frequently hostile arms of government. And so, he deserves a reciprocal gesture and unmistakable friendship from the lawmakers, not attacks and threats.”

Jibrin added that a recap of the 2016 budget “fraud”, with new revelations of facts and key actors would be unveiled soon.