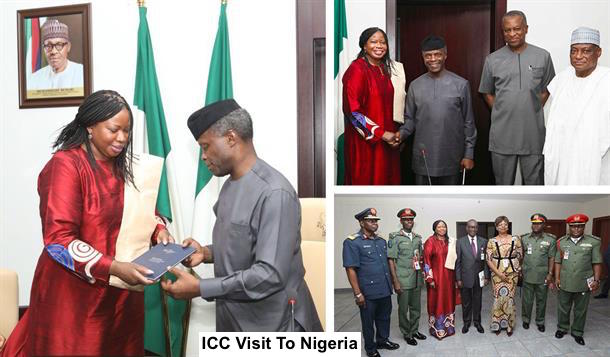 The Buhari government has said through the minister of information, Lai Mohammed in an interview on The Osasu Show, that several court orders disobeyed “were in national security interest.”

“As a government, I will balance national security against human rights; and then I will take a decision. Because (when) there is security, there is stability, that the courts also exist.

“What I am saying (is) that the court has ruled but the court does not have the entire picture when it comes to national security,” Mohammed said.

What if former president Goodluck Jonathan had refused to handover to Buhari when he won the 2015 elections, with the excuse that the handover would constitute a risk to national security as supported by information only the government was privy to?

The actions and public defense of them by the Buhari government constitutes a grave danger to Nigeria and serious reason to worry. In 2019 in the event that another party wins Nigeria’s presidential elections, would the Buhari government that flouts court orders handover? Would this government not continue its disregard of the law under the excuse of “national security interests?”

The United States president Donald Trump is today appealing over-rulings of executive decisions on its proposed “Muslim ban” by the courts, yet though president Trump argues that the ban is in best national security interest, he does not go above the law. This is the A B C of democracy. No individual or government official is above the law. Acting above the law irreparably destroys the judicial system and is in itself an act that is a grave risk to national security. It is the law and courts that guarantee and protect the security of individuals and the State.

Lai Mohammed would have immediately been disbarred had he been a government official in the US and made such a statement.

We must commend Chairman, Presidential Advisory Committee Against Corruption, Prof. Itse Sagay (SAN), for being upright and advising the Buhari government to obey the law in regards to the courts’ decisions on Dasuki and Sheikh Zakzaky.

It is surprising and disheartening that Acting president, Professor and Attorney Yemi Osinbajo, SAN, is presiding over the affairs of the nation in a time like this and involved in the flouting of court orders in what constitutes potentially grave crimes against humanity.

Prosecutor of the International Criminal Court, Mrs Fatou Bensouda last week visited Nigeria and met with Acting president Yemi Osinbajo. She also met with representatives of, and alleged victims of Rome statute human right violations in Nigeria including pro-Biafran protesters and Islamic movement members who have all been reportedly involved in government massacres and mass burial coverup attempts. It beats the imagination that Pastor and Attorney Yemi Osinbajo who understands the legal and moral implications of the violations of the Buhari government continues along this most dangerous path that appears to be only in the interest of ruling party security.

We demand change. The Federal government must obey the courts.

No one is above the law.