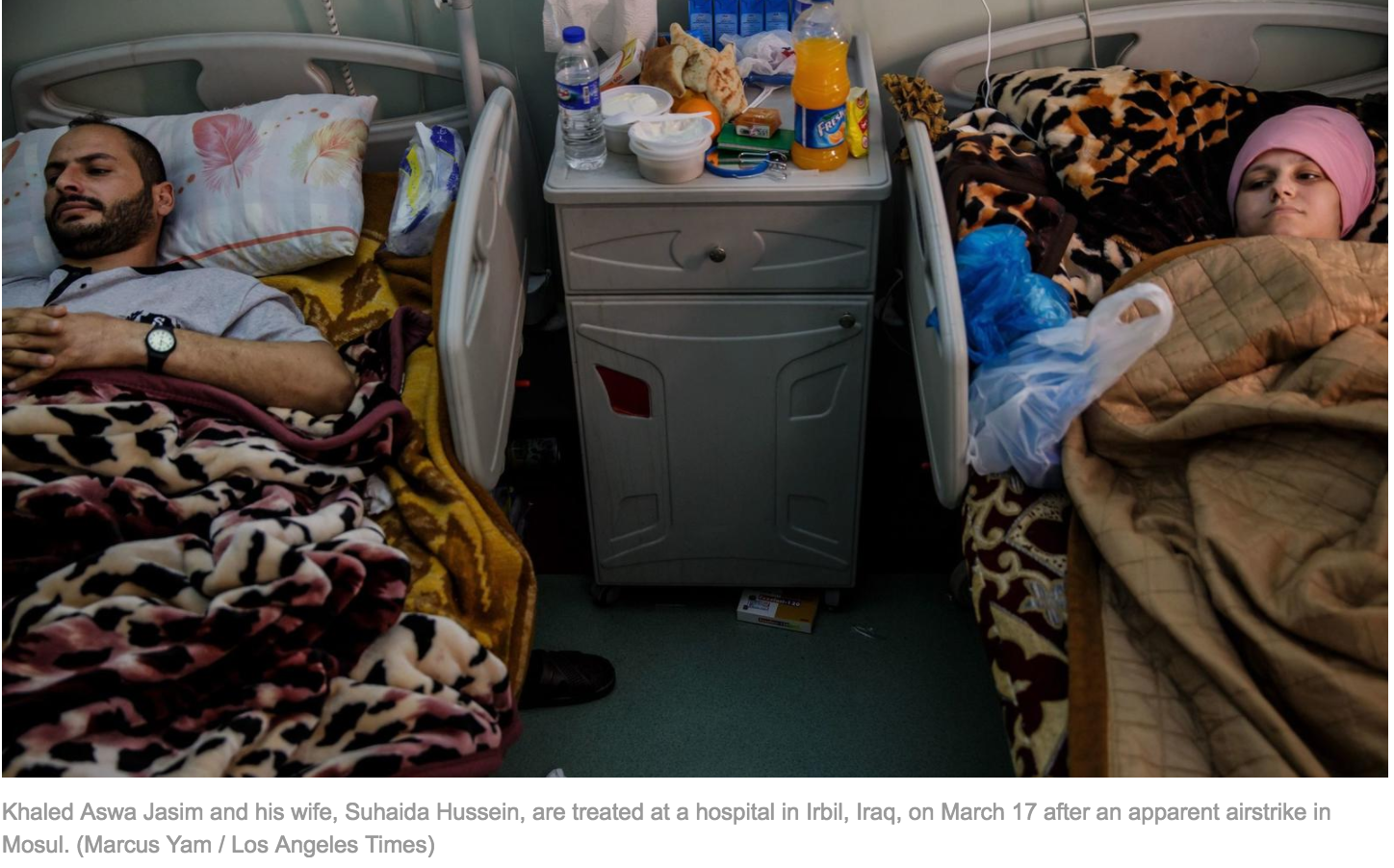 Iraqi officials said Wednesday that they had removed nearly 300 bodies from the site of an apparent airstrike in west Mosul, the largest civilian death toll since the battle against Islamic State began more than two years ago and among the deadliest incidents in decades of modern warfare.

More bodies were being removed Wednesday as the U.S.-led coalition investigated whether it was responsible, Iraqi officials blamed Islamic State, and the injured continued to suffer. Read full in LATimes