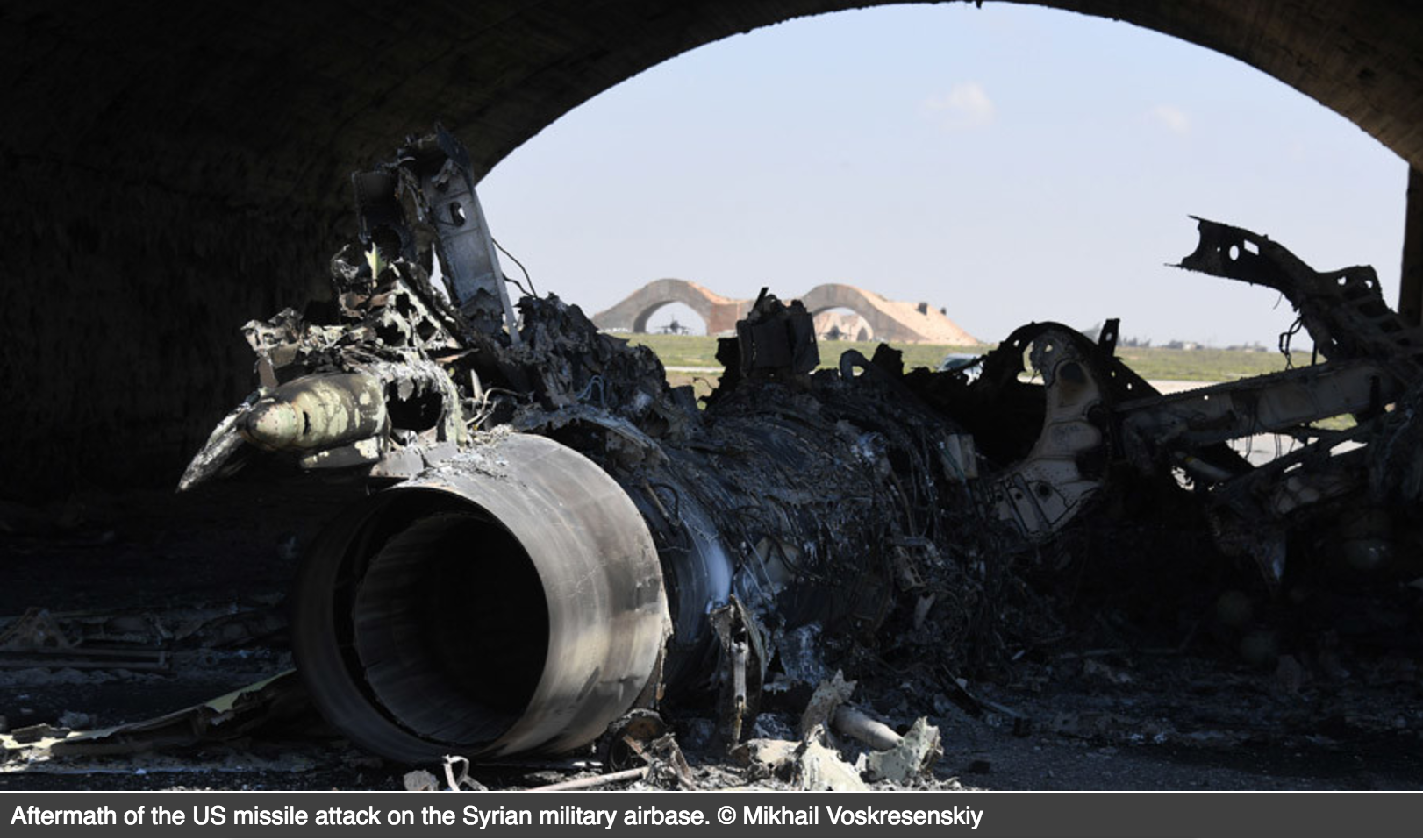 The US strike on Shayrat Airbase in Syria killed 14 people including nine innocent civilians, the governor of Homs told RT.

Speaking to RT Arabic, Talal al-Barazi said the majority of victims of the missile strike carried out by the United States on Friday morning had been local villagers.

US missile strike against Syria

“Undoubtedly, the American attack on the Shayrat air force base was aimed at supporting terrorist groups and weakening the fighting capacity of the army of the Syrian Army, which is fighting the terrorists,” Barazi told RT. “According to recent reports, the attack resulted in the deaths of five soldiers and nine civilians and the wounding of thirteen women and children who were in the nearby Shayrat village.”

“This aggression towards Syria is not the first and is unlikely to be the last.”

Syria’s official SANA news agency earlier on Friday reported that “an American missile also hit the village of Al-Hamrat, which killed four civilians including a child.”

“Another seven civilians were wounded when a missile hit homes in Al-Manzul, 4 kilometres (two and a half miles) away from the Shayrat air base,” it added, citing sources.

At 4:40am local time (00:40 GMT), 59 Tomahawk missiles were fired at the base from US warships based in the Eastern Mediterranean. The missile strike was ordered by US President Donald Trump, in retaliation for what the US claims was a chemical weapons attack in Idlib on Tuesday. Trump has blamed it on forces loyal to the Syrian government.

Vladimir Safronkov, Russia’s deputy ambassador to the UN, criticized the reaction to the Syrian airstrike, as well as the general double standards used when talking about alleged crimes committed by the Syrian government, versus those of the Americans and their allies.

“The attack in Syria is an attempt to distract attention from the many victims among the peaceful population of Iraq and Syria caused by unilateral actions,” Safronkov said before a meeting of the UN Security Council on Friday. “Where’s your principle of assuming innocence? Why don’t your capitals recall this? In the Middle East and other regions, why do you forget the presumption of innocence in these cases?”