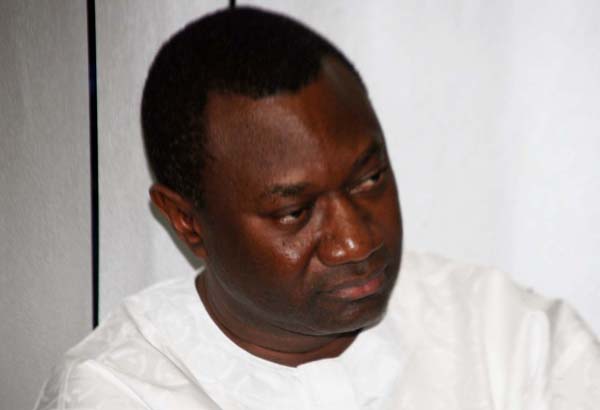 There is disparity of about N175.9 billion in the figure provided between the office of the Accountant General of the Federation and that of Petroleum Products Pricing Regulatory Agency on subsidy payments for 2009 to 2011, the Nigerian Extractive Industry Transparency Initiative (NEITI) said in a report released yesterday.

The report, which covers oil and gas industry for the period 2009-2011, says the country has recorded a total crude oil production of over 2.5billion barrels, and Federation earned a total revenue of $143.5 billion (about N21.5 trillion )from equity crude sales, royalty, signature bonuses and taxes, an increase of 4.8 percent over 2006 – 2008 period.
Presenting the report to stakeholders yesterday, the chairman of the NEITI Stakeholders Working Group, Mr. Ledum Mitee, said in 2009, the country produced 780.9 million barrels, the figure rose to 894.5 in 2010 and slightly declined to 866.2 million barrels in 2011.

The report said there was total subsidy payments of N3 trillion to importers of refined petroleum products. This is made up of N1.4 trillion fuel subsidy claims by the Nigeria National Petroleum Corporation (NNPC) for the period 2009-2011 and a total of N1.60 trillion paid to other marketers during the same period.

The report observed that the disparity between subsidy claims paid from the Federation Account and that made by the Petroleum Products Pricing Regulatory Agency (PPPRA) was N175.9 billion during the same period.
For example, the Office of Accountant General of the Federation reported to NEITI auditors a total subsidy payment of N2.825 trillion while the PPPRA disbursed N3 trillion to marketers during the same period.
Other important highlights of the report, according to Mitee were the huge loss recorded due to crude oil theft, deliberate sabotage and vandalism. According to the report, over 136million barrels which are estimated at $10.9 billion (N1.6 trillion) were lost to crude oil theft and sabotage within the period under review.
In his reaction, the Group Managing Director of the NNPC, Engineer Andrew Yakubu said now that the report is ready, they will study it and ensure that issues within the capacity of the company are addressed.
Yakubu said the current NNPC management is reviewing all its practices to ensure that they are in line with international best practices.